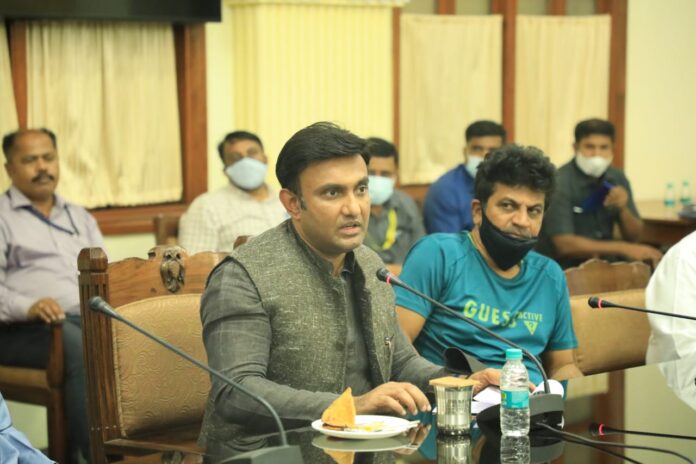 Considering the hardships faced by sandalwood cinema artists, producers and workers it has been decided to allow cinema halls to fill up to 100% of their capacity for 4 weeks on a trail basis, said Health and Medical Education Minister Dr K Sudhakar.

Speaking to the media here on Wednesday after a meeting with chairman of Film chamber, other office bearers and representatives from Film Industry, Dr Sudhakar said that the meeting was held as per the instructions of Chief Minister B S Yediyurappa.

Film industry has opposed this decision and requested to reconsider the decision keeping in view the welfare of those employed in film industry . They have also appealed to the chief minister to support them in this difficult time, said the Minister.

It was discussed and as per the instructions of Chief Minister, the decision has been taken to allow 100 percent seatings for four weeks. Strict guidelines will be released on Thursday. Owners of cinema halls should adhere to these guidelines and people should strictly follow. If any cases of Covid-19 is detected, the decision govt will have to inevitably revoke the decision, minister cautioned. 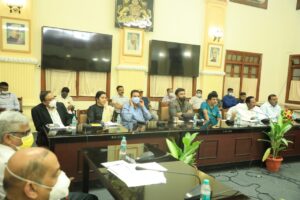