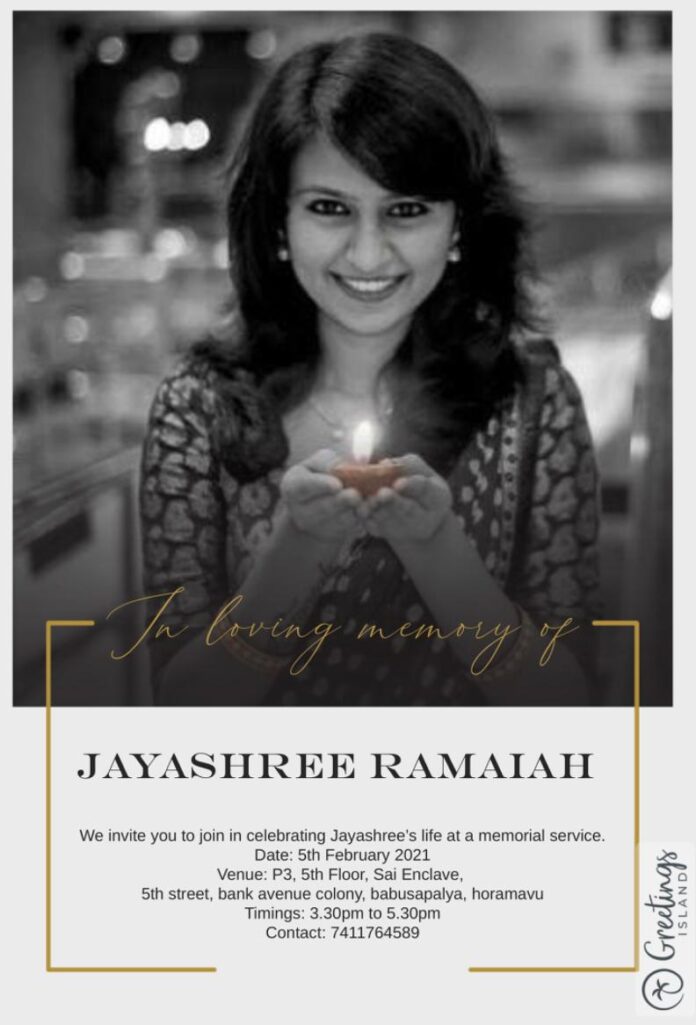 A condolence meeting to be held for late actress Jayashree Ramaiah is being organised in Bangalore on Friday by the actress close friends.

The meeting will take place at Bank Avenue Colony, Horamavu in memory of the actress Jayashree, who featured in television shows and movies.

Kannada actor and former ‘Bigg Boss’ contestant Jayashree Ramaiah, on January 24, was found dead at an old-age and rehabilitation centre in Bengaluru, as per ANI. The cause of her death is still under wraps, however, her sudden demise had left the industry in deep shock.

Several celebs from the South industry took to their social media account to grieve the death of their colleague.

Reports state that Jayashree was battling depression and was getting treatment for it. Back in July 2020, Jayashree Ramaiah had attempted to die during her Facebook live chat. She was later saved by the host of the reality Television show, Kiccha Sudeep.

However, she immediately deleted the post and shared a new text, saying she was fine and safe.

During her FB live chat, she was heard saying, “I am not doing all of these for publicity sake. I am not expecting financial help from Sudeep sir as well. I am only expecting my death as I am unable to battle depression. I am financially strong but depressed. I have been going through a lot of personal issues. I have been betrayed since childhood and unable to overcome it.” 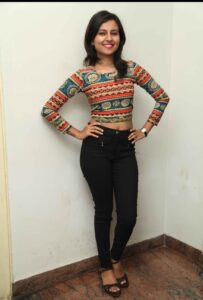 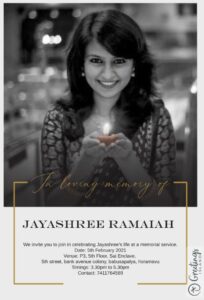