Actress Priyanka Upendra quit the Film Industry for Rights and Equality (FIRE) after serving it for two years. As she cited ‘ideological differences’ and the manner in which FIRE handled actress Sruthi Hariharan’s accusations against Arjun Sarja as the reason behind her decision.

Further, she said that the body which was constituted to provide safe and healthy environment for workers in the industry, especially women, has now deviated from its core objective. Instead of approaching FIRE, Sruthi did it through social media, which left her disappointed, Priyanka said, adding that FIRE was used to highlight Sruthi’s case.

She expressed anguish that Chetan is peddling his personal ideologies through FIRE without the consent of other members.

To the statements given by Priyanka, there was a reply given to it on social media by Chethan where he has stated, “Let me re-clarify, Karnataka is my home; it’s the land I love, where I choose to live and serve the people. Some media sources are claiming I’m leaving for the US soon– which is outrageous. Just to make things clear, I’m not going to the US and I haven’t even been back in nearly 4 years.

In terms of Sruthi’s sexual harassment case, Sruthi has not given a complaint to FIRE’s ICC. According to the law, our ICC has a timeline of 3 months (which can be extended to 6 months or so) after the sexual harassment incident to have an investigation. Sruthi’s experiences happened nearly two years back, which is beyond the limits of our ICC. Hence, FIRE has provided support to #MeToo movement and has nothing to do with Sruthi’s case. Sruthi is a member of FIRE and ICC.

A few FIRE members in key positions have left the organization. They are, of course, free to leave for whatever reasons they see fit. As FIRE founder, I have always believed women should be in positions of power, so I refused to be president from the get-go and put it in the FIRE by-laws that a woman president is a must. Unfortunately, our previous president lacked the capacity, involvement, and courage to responsibly take FIRE forward. Due to ideological differences where she was unable to objectively take a stand against AMMA for reinstating kidnapping and molestation accused Dileep several months back since she knew Dileep (which was her choice) and also did not want FIRE to take the stand opposing AMMA’s decision (which wasn’t her choice but the organization’s), she resigned. Again, she has not been president for many months now; she has herself opted out of being in the loop on issues pertaining to FIRE.

These are some answers to questions coming up in the media.

Day by day, FIRE is growing as an organization and we will continue to work for a safe & healthy film industry workplace.” 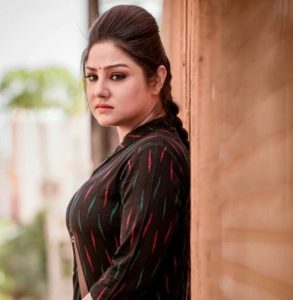