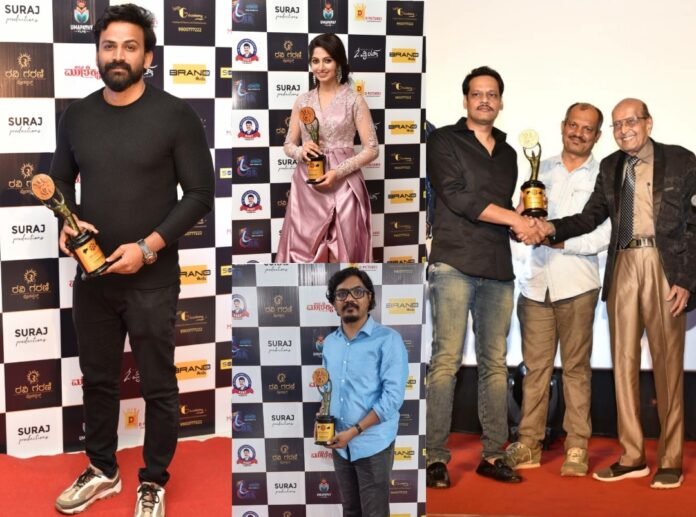 The second edition of Chandanavana Film Critics Academy Awards 2021 was held in Bengaluru on Sunday. The Best Actor award was given to Dhananjaya for the movie Popcorn Monkey Tiger and actress Kushee Ravi wins the Best Actress Award for her performance in Dia movie.

The Chandanavana Film Critics Academy Award(CFCA) had nominations for 21 categories that included artists and technicians. The movie Dia wins the Best Film Award for 2020, and Best Director award was given to Mansore for Act 1978 movie.

Around 76 kannada movies that were released in 2020 were selected by the cinema journalists for 21 categories. This is the first Cinema Awards ceremony held for the year 2021. The Chandanavana Film Critics Academy Award was the only Kannada cinema award function held last year in the state.

For the first time CFCA Awards present and introduce the Best Non-Human Actor Award. The award was presented to Simba, a dog which was part of Shivraj K R Pete starrer Naanu Mathu Gunda movie.

Out of 21 Award categoeies, The movie Dia received five awards, four for Popcorn Monkey Tiger, and three for Gentleman movie.

Here is the list of recipients of the CFCA Awards 2021:

Best On Screen and Off Screen Couple – Krishna and Milana Nagraj 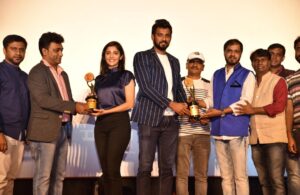 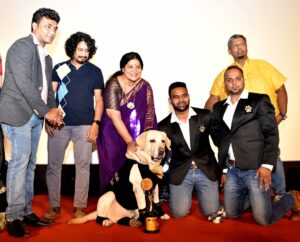 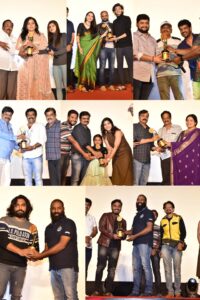