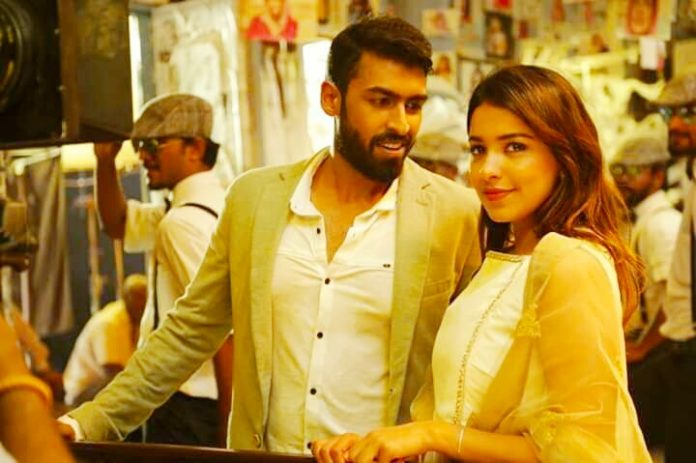 The title speaks about its story between two, Ananth Krishna Karmadaritaya(Vinay Rajkumar) and Nusrath Fathima Baig(Latha Hegde), wherein it is a one sided love story.

Ananth meets Nusrath both are law students who get to meet in a camp for the first time. Ananth falls in love with Nusrath on his first sight, but even after expressing his feelings to her she wont accept. After 7 years, Ananthu turns out to be a famous criminal lawyer and still has feelings towards Nusrath. But he does not know where Nusrath had disappeared. However, he gets to see her in the court premises, by then she would have been the youngest family court judge.

In between, Ananth belonging to a traditional Brahmin family with strong religious beliefs. His family would have already started looking for a bride and want to see him get married. Another side Nuzrath too belongs to an orthodox and religous family, whose parents are divorced in her childhood.

Then there is a court room drama that has issue on love,faith in relationship. Rest of the story goes in a flow how the one sided love story of Ananth will take him forward. This movie is a decent family entertainer with some values attached to it.

While Vinay Rajkumar has improved a lot than his earlier movies in performance. Latha Hegde looks impressive in her role. Ravishankar as a buisnessmen and wannabe politician has carried his charisma as always. The hero’s father role played by Suresh B is really emotional that has an impact.

Director has choosen a subject that is far away from the routine masala and regular commercial films. But somewhere the movie screenplay runs slow and makes audience feel boring. There are a lot of the legend Dr Rajkumar’s references in the movie, as the grandson has all rights to it for entertaining the fans. Still one can go watch the film along with your family.