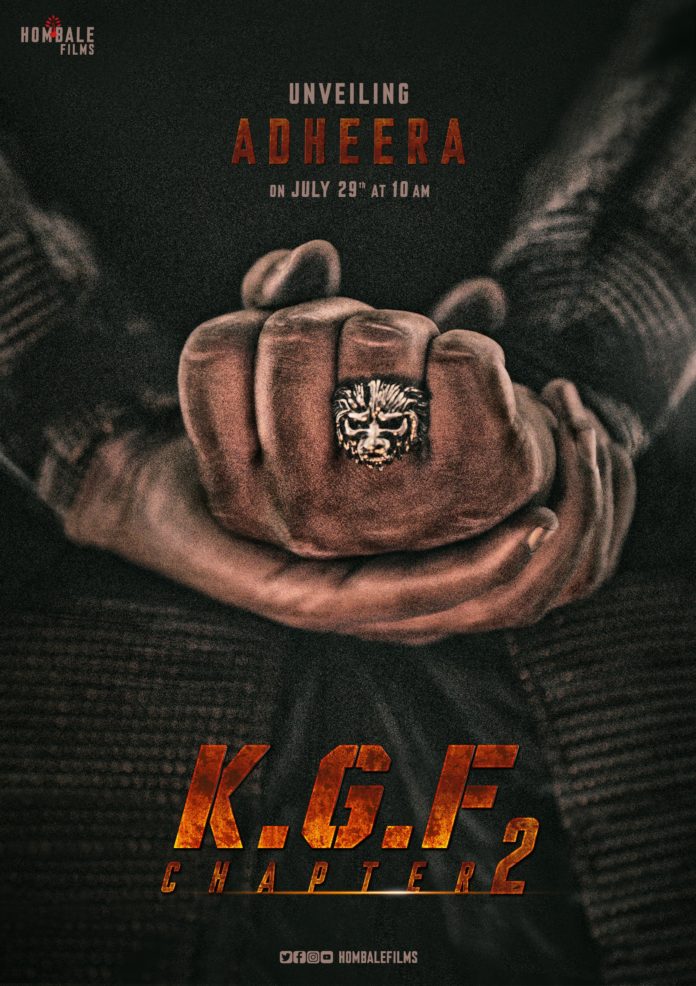 Every fan of KGF Chapter one movie is eagerly waiting for KGF 2, its second part to hit the big screen soon. While another serious question making rounds from KGF part 1 was Bollywood actor Sanjay Dutt part of the movie or not?

There was an announcement from the KGF team that there will be a big news revealed from them. It was a interesting news to all fans but they have to wait for that to reveal on July 29.  The makers of KGF starring Rocking Star Yash produced by Hombale Films has made an announcement, that one of the characters Adheera to be unveiled.

The latest announcement has left the fans’ wondering whether Sanjay Dutt is playing the role of Adheera, brother of Suryavardhan, who built the gold empire in KGF.

It was told in the first instalment of the film that Adheera was not happy with Suryavardhan’s decision to make his son Garuda, the heir of the empire. While Garuda devised a plan to kill Adheera and became successful in his mission.

Adheera from KGF 2 will be another deadly role

Till the character is unveiled there will be doubts of character played for the role of Adheera in the movie. Also there might be a surprise with any other actor or new artist shown in that role. As the movies first part did see many antognists played for the first time on the big screen  and introduced by director Prashanth Neel.