In early hours of Wednesday morning, Challenging Star Darshan was admitted to hospital in Mysuru. But the star actor darshan never came out and spoke about it.

There were news running in all televisions that actor Darshan was admitted to Columbia Asia Hospital, Mysuru around 4 Am for a treatment. Later, the news was reported that the cause for his health treatment is of gastritis problem. The doctors had advised Darshan to take a day rest and then continue with his work.

However, the actor immediately after consulting the doctor in Columbia Asia hospital, he had left the place. But Darshan is healthy and fit, and fans need not worry nor panic about DBoss health.

Recently, the actor Darshan had visited music composer Arjun Janya as he was admitted to a hospital and under going a treatment for heart attack. Darshan visited Arjun’s house and wished him for a speedy recovery. Also advised him to take care his health first and look into the work later.

Both music director Arjun Janya and Darshan were busy with back to back shoot for Roberrt movie and other projects. A theme song from Roberrt movie ‘Ba Ba Ba Na Ready’ was released and fans are enjoying the track. There are other music tracks and a dance number which is yet to be released. 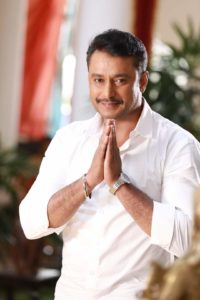 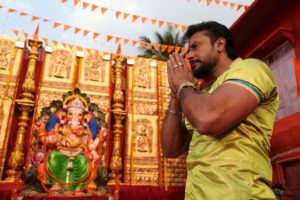