Whether Darshan’s Roberrt is a Pan India cinema, and will the movie to be released in all languages was never announced. Director Tharun Sudhir had stated earlier that it is still in the discussion state.

The director had previously said that we only know what has been decided. Another sweet news has come out of Roberrt movie starring Challenging Star Darshan. Is Roberrt becoming a pan India movie? This question arose among fans. 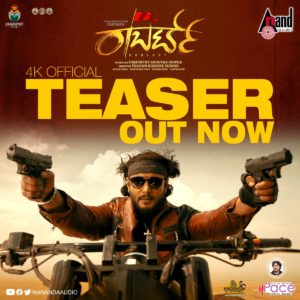 Director Tarun Sudhir clarified by a tweet about this. “We have nothing to say about Roberrt movie to be a pan cinema or not. We have discussed about this. Only we know about the decision that has been made.”

Also said, “We can’t make a movie just because someone has imagined something. We have not yet stated whether it will be a pan India movie or not. We will announce this at the appropriate time.”

Roberrt movie to be released in multiple languages, as fans expect. Not only Karnataka but also other states will see Darshan in Roberrt movie through this.

Yes. Not only Kannada but in Telugu the movie will be released simultaneously. The film is also planned to be released in Tamil, Hindi and Malayalam. 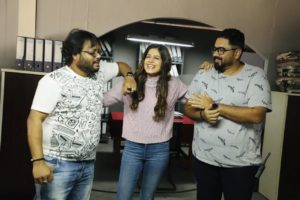 Producer Umapathy Srinivas has announced the release date of the film. On April 9, Robert movie will come on screen.

The film crew, which has already finished shooting, is busy with post production work. Bollywood actress and our state pride kannadiga Asha Bhatt, actress Sonal Montero and actress Aishwarya Prasad will be seen in the movie.

After the shooting of Darshan’s Roberrt movie, the actor is busy filming for Veera Madakari. The film is also expected to hit the screens this year.