This december get ready to see many kannada movies getting released back to back. Out of this many small budget sandalwood movies wanting release backed off giving space to biggies.

The most expected and said to be the biggest kannada movie of 2019, according to budget releasing this December 27 is Avane Srimannarayana. Many small budget movies are postponing their release from November due to non clarity of the big stars movie release dates.

Every year there is a rush to release movies in the month of November and December. While most of the big heroes movie usually affect small budget movie. Due to lack of theatres and other language movie release most of the theatres show exit to kannada movies.

Finally out of so many movies only one or two wins audience heart and runs well in the box office. This year sandalwood got variety of movies and also the market did see good demand with pan India appeal for kannada movies. 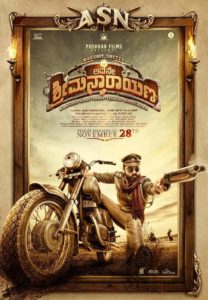