Challenging Star Darshan starrer Yajamana trailer release gets thumps up. Also the movie will release as a Shivaratri treat to fans on March 1.

There is a lot of buzz around the film, especially on social media. Adding to the craze around the film that has been directed by P Kumar and V Harikrishna.

Darshan is back on the big screen with Yajamana. The makers unveiled the film’s trailer on Sunday and fans can’t stop but shower the cast and makers with praise. 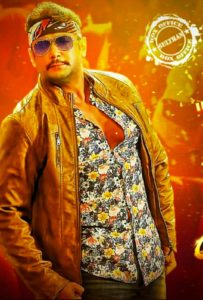 If the trailer is anything to go by, the film has blockbuster written all over it. From its stellar star cast to its intriguing storyline – everything about the film has got the viewers intrigued and how.

Even the mass dialogues from Darshan is a treat to fans, also dolly Dhananjaya looks impressive with his character is the trailer. It looks more like a action packed mass entertainer filled with romance and comedy.