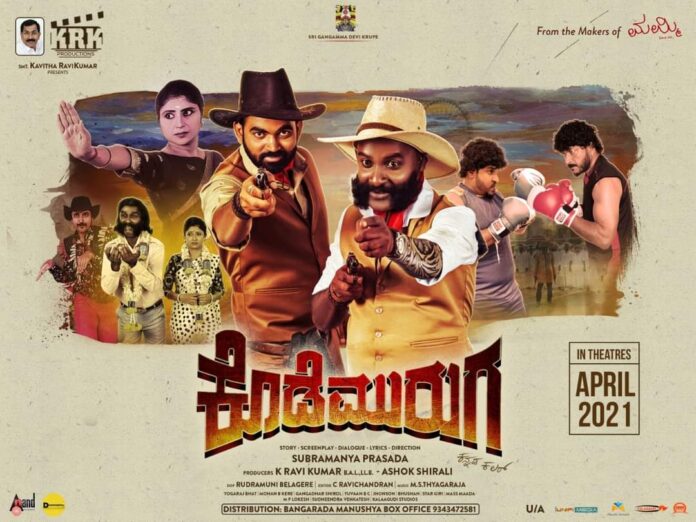 I cringe when a director debuts with a story about the struggles of filmmaking. More than being self-indulgent, it showcases paucity of ideas. Kodemuruga for a change, does not join the list of such films. It is neatly shaped up and cleverly entertaining while remaining a story about the workings of the film industry.

A struggling wannabe director agrees to cast the brother of a moneybag as the lead actor even though the actor does not fit the conventional looks of a ‘hero.’ He is bald, black and bland. The strength of the film lies in the fact that while apparently making fun of his looks throughout, the director convinces the audience that looks aren’t everything.

There are plenty of funny episodes as the unwilling cast and crew are driven to complete the film by the determined ‘hero’ and the self-doubting director. Prasada turns out to be a very good scriptwriter too. He makes the film convincing by fleshing out of the characters. Most of them have a personality, even the smaller ones. One of the distributor-duos for example does not speak a word, but expresses a dozen things.

Most of the basics fall in place; casting, performances, visual appeal, engaging narration and a believable story. The attention to detail is noteworthy and does not suffer from budget constraints.

The director fails in two places. One, when he casts himself to play the role of the director in the film. He is the one who is the odd one out among the actors. He is not a spontaneous actor. Second, he gives himself a long preachy speech towards the end. The film could have ended on a high, but he brings it a notch down. Kodemuruga is still heads and shoulders above the run-of-the-mill Gandhinagar fare. You won’t be disappointed. 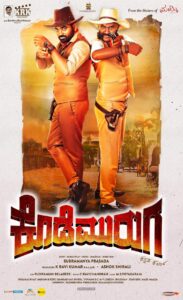 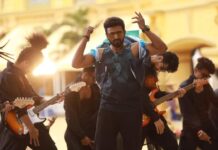 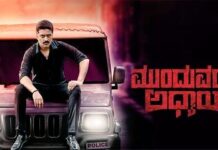 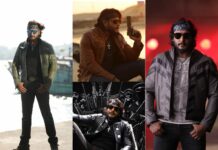