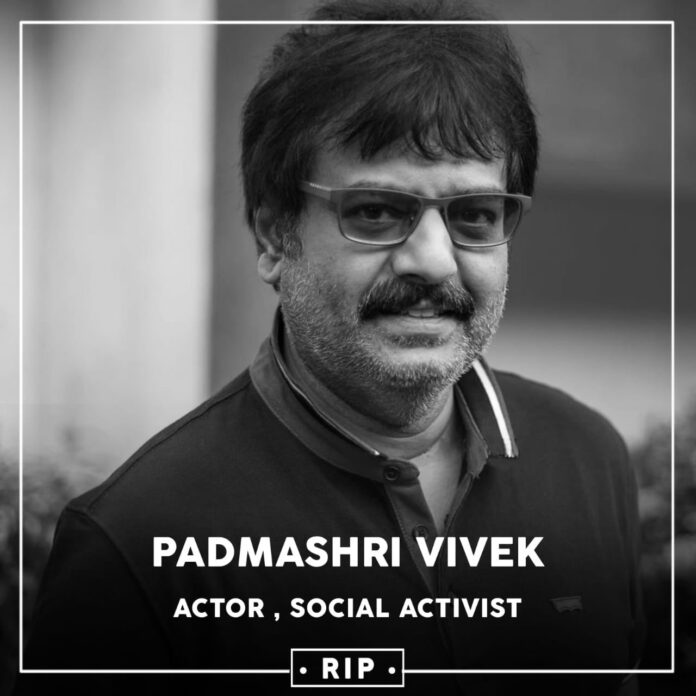 Veteran Tamil film actor, Vivek, 59, a comedian died in a Chennai hospital in the early hours on Saturday. He had a heart attack on Friday morning.

The late actor Vivek’s wife and daughter had immediately rushed him to the hospital after suffering a heart attack. He had received the Covid vaccine on Thursday (April 15). Also sent out a message to public that all eligible people should take Covid vaccine.

He was treated in the intensive care unit of a private hospital in Chennai. Hospital doctors made it clear on Friday that Covid’s vaccine was not related to his cardiac arrest.

Coronary syndrome with a cardiogenic were caused by 100% blockage in the blood vessels. An artificial blood pumping system was installed.He was treated with angiogram and angioplasty. 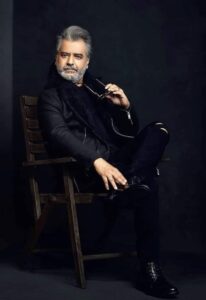 Padma Shri award winner Vivek has acted alongside leading actors Rajinikanth, Vijay, Kamal Haasan and Ajith. ‘Dharala Prabhu’ is a Tamil remake of the Hindi movie Vicky Donor, which was the last movie which he was seen on screen.

Director K Balachander introduced Vivek to the industry. His cinema journey began in 1987. He has acted in hundreds of films including Sami, Annian, Shivaji, Run and Kannada movie Chandra.

There were several tamil movies remade, comedy scenes taken from his movies and played by Sadhu Kokila in kannada. For example, Kalasipalya had comedian Sadhu character played of actor Vivek’s role in a tamil movie.

Many celebrities and fans have expressed their condolences on social media.

RIP @Actor_Vivek Sir. A big loss for film fraternity, one of the most admired & loved actor, comedian of our time.

Ahhh.. #vivek …gone too soon dear friend ..thank you for planting thoughts n trees …thank you for entertaining and empowering us with your wit and humour..will miss you…RIP pic.twitter.com/oyoOkx8G9q

In shock & extreme distress over the death of the actor par excellence #Vivek ,to call him just an actor would be undermining his huge talent, his social concerns and brilliant mind. This loss is irreplaceable and the heart is numbed by yet another shattering blow. 🙏🙏🙏 pic.twitter.com/HRM92rhLcD