Bollywood Actor Sanjay Dutt playing a role in KGF Chapter 2 was not a big surprise. However the character of Adheera played by Sanju Baba looks interesting in the poster released.

This is the first kannada movie debut from the Bollywood actor Sanjay Dutt with KGF 2 movie, which has Rocking Star Yash in the lead directed by Prashanth Neel. On the eve of the actor Sanjay’s 60th birthday, the KGF movie team unvieled a poster of Sanjay Dutt playing the deadly antagonist Adheera in the movie. 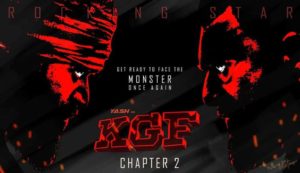 While interacting to media regarding his role in the movie, Sanjay said, “Adheera is a character like Thanos from Avenger, which is the biggest villian character in Marvel series of movies. It is a powerful character, so Adheera is like him. He is very dangerous with the get up as well not just the character, and that is the zone i was looking as well.”

Dutt also thanked Yash and Hombale Films by tweeting, “Thank you, Truly happy and excited to be a part of KGF as Adheera.”

Producer and Actor, Farhan Akthar tweets,” I remember, as a kid, watching him shoot for his debut film ‘Rocky’ on bandstand and all these years later we’re finally collaborating on something special. Here’s presenting Sanjay Dutt as Adheera from KGF Chapter 2. And here’s also wishing him a happy birthday. Big hug.” 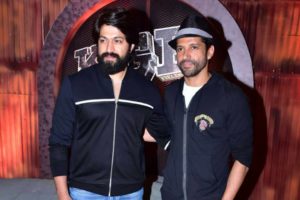 While the KGF director and team call Sanjay Dutt as Adheera in the movie is a mother of all collisions. Prashanth tweets and said, “Rise from the ashes. Here comes Mother Of All Collisions, Happy 60th Birthday Sanjay Dutt Sir.” 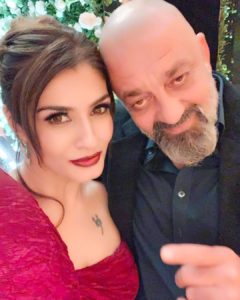