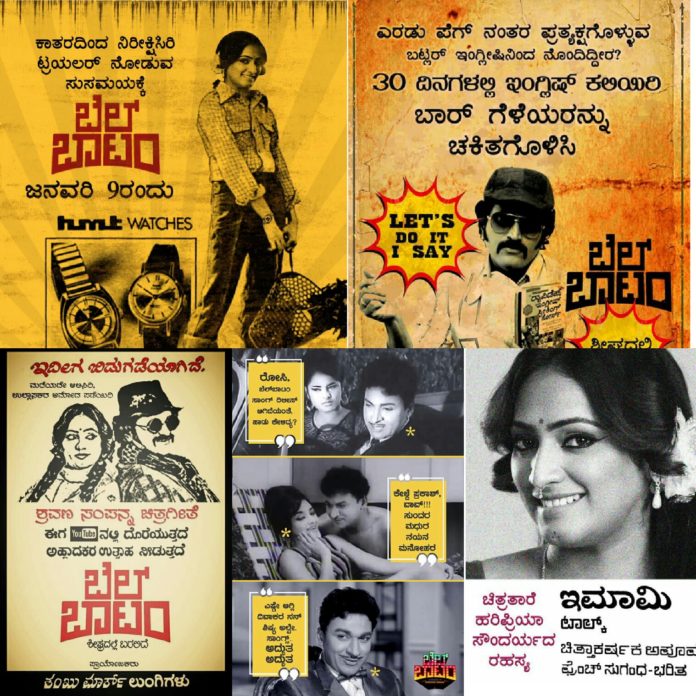 The new posters of upcoming Kannada film Bell Bottom is a replica of black and white movies. Posters have managed to capture the vintage mood so well that is attracting kannada audience.

Director Jayatheertha’s upcoming directorial, Bell Bottom, has been garnering attention for the right reasons, starting from its title itself and now its creative posters.

The film starring Rishab Shetty and Hariprriya‘s trailer is a hit among kannada cine goers for telling the story in harikathe pattern . Even the looks of Rishab and Hariprriya are loved by everyone. While the song Etake bogase thumba aase needuve written by Yograj Bhat has garnered attention from its catchy music and its colourful choreography.

Now, the latest to grab eyeballs are the replication of popular advertisements from the 80s period. The brain behind this is writer Dayanand TK, who has come up with the idea of including vintage advertisements.

Now, before the release of the movie, the Tamil remake rights have been sold for a huge amount. The movie is now talk of the town from its unique trailer filled with entertaining factors.

The movie will be hitting the screens soon, Arvind Kashyap is the cameraman in the movie, Ajaneesh Lokanath has composed music for the movie. ‘Bell Bottom’ is being produced under the Golden Horse production. Yogaraj Bhat, Pramod Shetty, Achyut Kumar, Sanjay Shastri, Shivamani, PD Satish and Prakash Tuminad have acted in this movie. 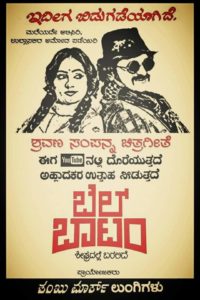 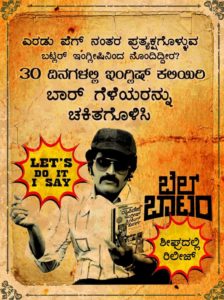