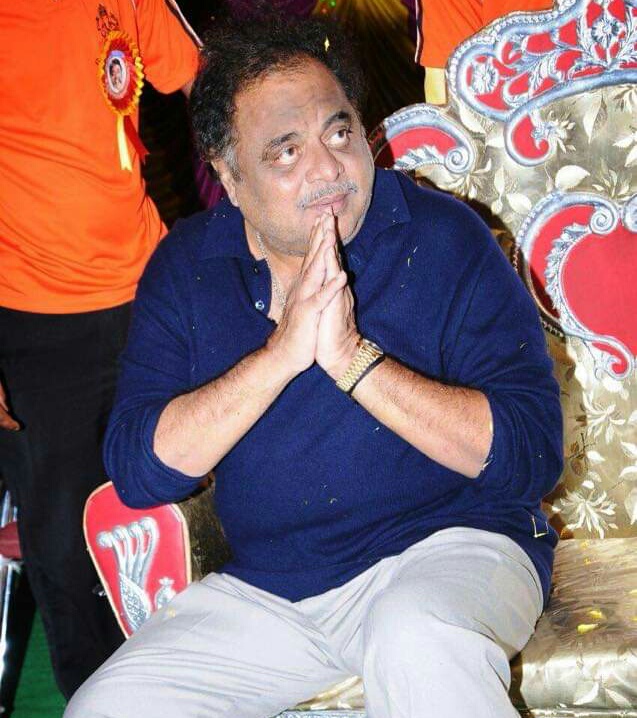 It is a sad news for all the loving people of the only Rebel star of Kannada cinema. Sad demise of the iconic and senior actor has shocked the people of Karnataka. Former minister and Kannada actor Ambareesh passed away in a Bengaluru hospital on Saturday where he was being treated for multiple ailments. He was 66.

The hospital authorities have confirmed that Ambareesh died of a cardiac arrest.

From his debut ‘Nagarahaavu’ in 1972 to ‘Ambi Ning Vayasaytu’ in 2018, his film journey, politics and social service earned him millions of fans for his personality as a human being.

Here is the story of karnataka’s loving Rebelstar Ambareesh (Amarnath)

Malavalli Huchche Gowda Amarnath ( 29 May 1952 to 24 November 2018), known by screen name Ambareesh, is an Indian film actor, media personality and a politician from the Karnataka state. Born and raised in Doddarasinakere Village of Maddur Talluk in Mandya District of Karnataka, he is fondly referred to as Mandayada Gandu.

Ambareesh’s character in several films has been that of a rebellious young man, and so, became known as the “Rebel Star”. He has another, more rooted, nickname – “Mandya-da Gandu”, after the title of a film by the same name in 1994. Fans also call him Kaliyuga Karna, for his generosity.

Following his debut in Puttanna Kanagal’s National Award winning film Naagarahaavu (1972), his acting career commenced with a brief phase of portraying antagonistic and supporting characters in Kannada films. After establishing himself as a lead rebellion actor in a number of commercially successful films, he became synonymous with the term “rebel star” and has since continued to hold a matinee idol status in the popular culture of Karnataka. He is widely revered as “Karunada Karna” for his numerous charity works.

Besides winning many State Government awards and filmfare awards for his acting career, Ambareesh was honoured with the honorary doctorate from the Dharwad University in 2013 at their 63rd annual convocation ceremony.

He was named as Malavalli Huchche Gowda Amarnath, and was the sixth of seven children to Huche Gowda and Padmamma. His grandfather was the popular violin player, Chowdiah.

Ambareesh completed his schooling in Mandya before moving to Saraswathipuram in Mysore for higher studies. He was a regular street watcher and an antisocial element with a bunch of friends at Mysore near the Maharani’s college.

While the eminent Kannada Film director Puttanna Kanagal was in search of a new face to play a brief antagonist role for his upcoming film, one of Ambareesh’s close friend, Sangram Singh, suggested his name for the screen test much against his wishes. At his screen test, he was asked to walk in a certain fashion, utter a dialogue and toss a cigaratte in his mouth. Impressed, Kanagal cast him in his 1972 film Naagarahaavu. The film also saw the debut of Vishnuvardhan, another actor who would go on to become one of Kannada cinema’s most popular actors.

Ambareesh has since appeared in about 208 films, including other films of Kanagal such as Paadavarhalli Pandavaru, Shubhamangala, Masanada Hoovu and Ranganayaki. As in 2010, Ambareesh had acted in most films as lead in Kannada films, surpassing Rajkumar’s record of 206 films as lead actor and Vishnuvardhan’s record of 230 films (including Kannada, Hindi, Telugu, Tamil and Malayalam films) as a lead actor. The record has not been broken yet. He has also supported many actors at the beginning of their career.

Ambareesh played the angry young man of the 1980s, and several films were tailor-made accordingly. The earliest of them was the political satire Antha (1981), directed by Rajendra Singh Babu and remade into Hindi and Tamil. This controversial film was the first in India to depict politicians and government officials as corrupt and villainous.

Chakravyuha and New Delhi were made on the same lines, the first remade into Hindi as Inquilaab, starring Amitabh Bachchan and the second a remake of the Malyalam hit of the same name. His other notable films include Ranganayaki, Tony, Rani Maharani, Olavina Udugore, Hrudaya Haadithu, Hongkongnalli Agent Amar, Mannina Doni and Odahuttidavaru. His performance in Masanada Hoovu, Elu Suttina Kote and the Malayalam film Gaanam were critically acclaimed.

He also showed the great performance in Mamateya Madilu, Hrudaya Haadithu, Elu Sutinaa Kote and Mouna Raga. He also acted with legend Rajkumar. He is well known as Mandyada Gandu, Kaliyuga Karna (for his generosity), and Rebel Star. He has been awarded the State award best actor for antha and best supporting role for masanada hoovu, NTR Award by Andhra Pradesh Government,filmfare best actor award for Olavina Udugore and Film Fare Award (lifetime achievement award). He was the first Kannada actor to inaugurate the world-famous Mysore Dasara festival organized by the government of Karnataka. He also won the Karnataka Government’s Dr. Vishnuvardhan Award in the year 2011.

His Other Ventures and Personal Life

He ventured into politics and was elected to the Lok Sabha from the Mandya Constituency as a member of the Janata Dal. Later, he joined the Congress Party and contested elections in the Mandya District. He was the minister of the state for Information and Broadcasting in the year 2006.

Ambareesh married actress Sumalatha on December the 8th, 1991, and they have a son named Abishek.

Ambarish was still active in politics but retired from contesting elections and acting in films. He also owns a resort called Amblee on the road that runs from Mysore to Bangalore. Acting in so many films, Ambareesh has gained popularity in Karnataka and has quite a huge fan following even today.

Ambareesh in an interaction with the media said his health and lack of energy were the reasons for him withdrawing. Ambareesh said: “If I had the stamina, I would have contested the polls myself. I am 66 years old and the energy in me is waning. I am not former PM H D Deve Gowda who has the stamina to be in different places on a single day. Even if somebody gives me Rs 1 crore or Rs 10 crore, I cannot campaign,” he said.