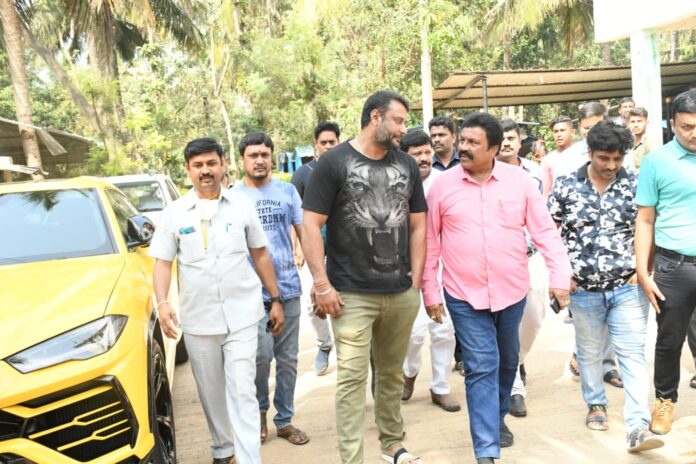 Challenging Star Darshan Thoogudeepa gets to meet Agriculture Minister B C Patil in his farm house on Sunday. It is a known fact that the actor in his free time would like to stay at his farm house near Mysore.

Most of them know that Actor Darshan has a great love for farming, and taking care of animals. The proof of that is his farmhouse near Mysore. Darshan goes to farmhouse to take a break from his film work.

The minister spent some time at the farmhouse, sharing some photos. He mentioned in tweet that he visited the farmhouse of Kanada Superstar Darshan’s farm house near Mysore.

But the reason behind this visit is not known. Earlier, Minister B C Patil had visited Darshan’s residence and held talks. Darshan and BC Patil have a good relationship.

Actor Darshan has a close relationship with not only BC Patil but also several politicians. Many politicians come to visit Darshan. Actor Darshan also campaigned for Munirathna during the by-election.