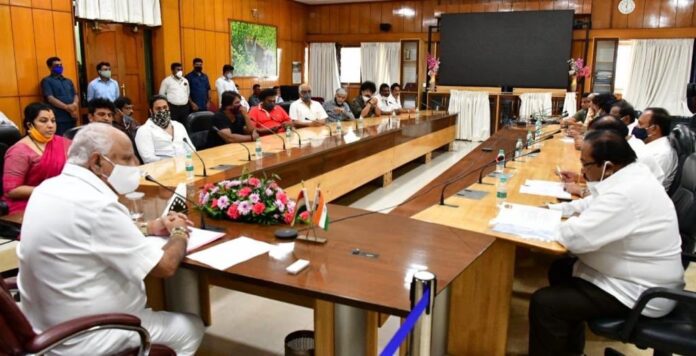 The Kannada Film Industry stars Shivarajkumar, Yash and others has put forward some important demands to Chief Minister BS Yeddyurappa, including the announcement of a special package for the film industry, which is suffering from coronavirus.

Due to Corona Lockdown, theaters nationwide have been closed for the past six months and are expected to open soon.Producers and artists have repeatedly appealed to the government to allow cinemas to open following the Covid regulations.

On Wednesday, several dignitaries, including officials from the Film Chamber of Commerce, met Karnataka Chief Minister B S Yeddyurappa and discussed with him. 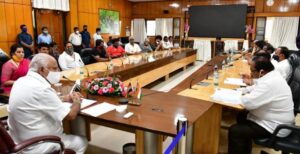 The theaters could open as soon as possible or from October 1. There are many films that are ready for release after the shooting. Some of these have been released through the OTT forum.

A delegation led by the Karnataka Film Chamber of Commerce chairman DR Jairaj and actor ShivarajKumar met with the chief minister on Wednesday and sought a solution to the problems of the film industry.

A special package is needed to assist the film industry, which has been reeling from Corona for the past 6 months. Also, the annual theatre screen tax should be waived. In the case of Corona, the electricity bill for theaters must be waived and the subsidy of 2018 and 2019 films should be released. It was requested that the next steps be taken on the Film City, which is to be built in Hessaraghatta.

Due to Covid the entire film industry theatre, lab, recording, studio and editing has been shut down. Necessary assistance should be provided for the recovery of these. Monolithic practice in relation to filmmaking. On repayment of VAT, GST an acton should be taken. Also appealed for action to amend on ticket fee increase.

Actor Shivarajkumar tweeted stating, Today we met, the Chief Minister of the State, Yeddyurappa with my colleagues and other dignitaries. During the visit, it was requested to reopen theaters and address other issues, including electricity. The chief ministers who listened to the plea said that they had provided a solution to the problem.