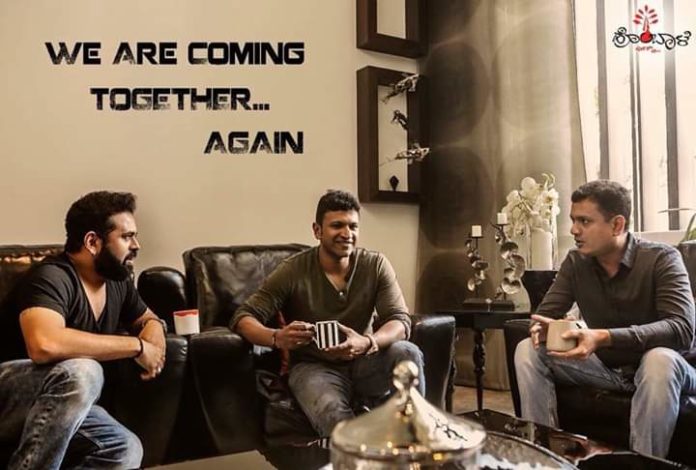 Star director Santhosh Ananddram and Power Star Puneeth Rajkumar come together for their second venture, which has a lot of discussion for the movie title among industry insiders and fans.

Currently, Puneeth’s new film is said to be named after Dr. Rajkumar’s film. However, no cinematic name was discussed. The title release will be announced on November 1 by one lucky fan in presence of the whole movie team. However, some name is already being mentioned.

But the hit Director and Actor duo has decided to name the title of their second movie together to be used from Dr Rajkumar’s movie. This will be a treat to all Dr Raj family fans and Puneeth fans.