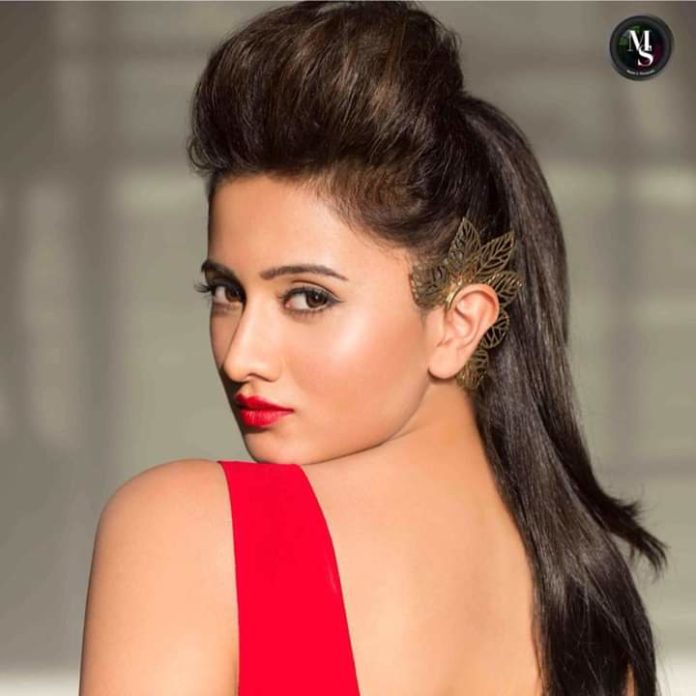 It is all a publicity stunt by few actresses activists in the name of #MeToo states actress Harshika Poonacha. Without disclosing any names, she mentioned how these actresses behave and are in real like smoking up weed and asking for acting chances with big stars. This statement by Harshika raises eyebrows, as she hits out at publicity seeking actresses defaming industry seniors. Here is what she has said,

“Its not #METOO its clearly #METOOFORPUBLICITY

Hello all , i have been watching all the developments of the so called #metoo movement. Being a strong woman myself and seeing our film industry from close quarters i totally agree that nobody should disrespect women ,objectify them or force them to do anything against their will but i am truly disgusted to see how few actresses are using their femininity as a tool for pure publicity.

Publicity is good ! But at the cost of what ?? Breaking a persons family ? Shaming his wife and kids ? Trying to ruin a persons career they have created with a struggle of over 15 -20 years with just 1 statement ?? Let me put it straight here !!

I have been in this industry for nearly 10 years and i have seen everything personally with my own eyes.. Most of these so called activist actresses do everything when they badly need what they want in the initial stages of thier careers (get cast in good films , make money, network , travel, luxurious life etc) by giving all the freedom to these men who they now accuse for their own selfish needs of publicity , they start targeting the same men who they were smiling and walking hands in hands with.

I personally have seen these so called great activist actresses smoking ganja, having a great time in their song shoots in foriegn countries, falling on famous men (actors from other industries , producers , real estate barons etc at big award functions in Malaysia , Dubai, Singapore etc ) and doing things that i donot want to mention here.

So at that moment it was fine to do what ever it needed for you to become a household name but now that you have gotten it you start making allegations on men who you have used for your personal success ??? Where was your me too feeling when it hapened 10,5,2 years back ?? Oh ! So at that phase it was ok but now you want to save all the women in the world from the clutches of these monster men?? Nonsense !! Utter nonsense !! I have a question for you!

Do you have the guts to name the A list superstars in each film industry ???
Why arent the superstar actresses of every industries not making any claims or allegations ?? 1 of the famous producers who is close to me and a well wisher was showing me a video of a few of these so called me too actresses happily smoking ganja lying down on a famous persons shoulder and talking about how they can spoil the names of a few people.

In another video there is this famous actor who has shot a video himself of this famous actress half nude in the car where she is seen happily telling him “i should be there in your next film also ok” This is not the way it should be! Correct ??

I being an actress myself have come across a few people who asked me for favours and i clearly gave it back very politely and made my priorities and values clear to them right then and there.

And now after 10 years iam very proud of myself that NOT 1 PERSON in any industry can point a finger at me because i have remained pure and clean and done work which were clean ! I might have missed out on many big projects with big superstars but iam a very happy person and i still have a wonderful relationship with people from all industries.

There might be a few people who oppose what i say today but thats the fact and it will remain so. I understand there are few men who are bad and might force women for favours to give them work but nobody will rape you or nobody will man handle you to do things you dont like!! You can always say a strong “NO” and walk out of whatever that you dont like!!

A clap can happen only when 2 hands come together. So my request to all your activist actresses and generally to all women in industry is to #bereal. I think its high time men start the #wetoo movement because i know of so many who have been used by these actresses for their fame and name and then gotten ditched by thess actresses after they get what they want!

I was keeping quiet for so long thinking i should not talk against my fellow actresses but this is becoming a mockery of us other actresses and our industry which has given us bread and butter and made us what we are today ! Jai Karnataka.” – As Stated By Harshika Poonacha on her social media page.

This open statement of Harshika raises a question mark who the actress is speaking about and also strongly says that by saying ‘No’ women can walk out if any harassment issue raises.