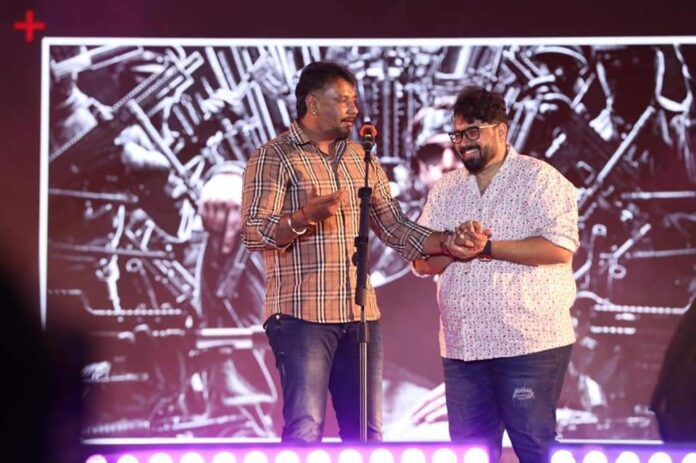 Fans of actor Darshan Thoogudeepa shower their star with non-stop cheering, claps and whistles. Every word Darshan uttered at the Roberrt Pre-Release event on Sunday, the fans were going crazy and were entertained for four hours.

In a Roberrt Pre-release event held by Roberrt team on Sunday, at the railway ground near Desai Circle, Hubli witnessed huge crowd gathering. As the actor Darshan came on to the stage, fans were screaming his name, ‘DBoss .. DBoss’. The laser show on Robert t movie attracted the fans.

Addressing to all fans, Darshan said, “All the artists in Kannada cinema are the same. We are not born for any particular caste nor owned by anyone. Fans are the only caste that we have.”

“There is an allegation that Darshan always praises his fans for everything. I have never done so. My fans have got my scolding, also I have hit them on their head and advised at times,” he said.

When I am driving nobody should come next to me. Do not lose your life by clicking a photo on your mobile. It doesn’t matter even if you dont see me. However, there are elderly people like your father, mom, wife and children at home. Think about them once, says Darshan.

In a tweet on Monday, Darshan stated, “My love and salute to all my beloved fans for accepting the trailer and all songs of our Roberrt movie. I am forever grateful for the love and affection of all my celebrities who have come to bless the team at the pre-release celebration held in Hubli.” 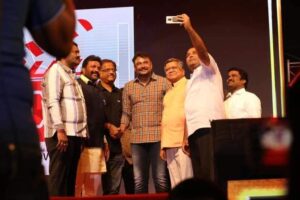 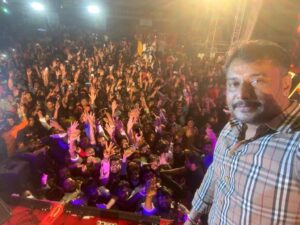 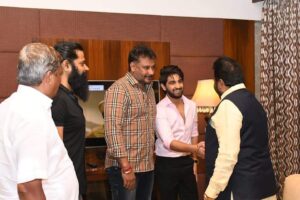 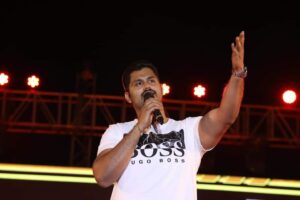 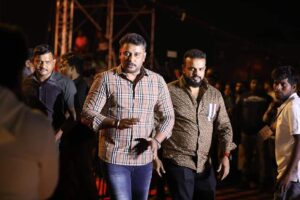 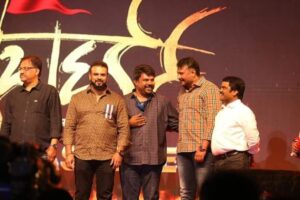