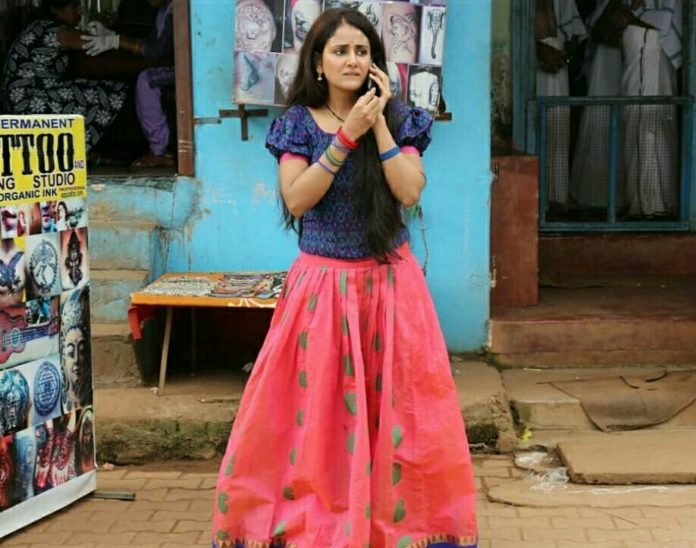 Mediente Films released the teaser of their Kannada film ‘Butterfly’ and it sure looks like it won many hearts and urges each one of us to be a part of Parvati’s journey.

Directed by ace director, Ramesh Aravind, the films stars Parul Yadav who stuns with her no-glam look and her classy act. Parul Yadav has won all the popular acting awards possible in our country and her performance in Butterfly underlines her command over her craft. Parul plays a local Gokarna girl and the portrayal is replete with rural mannerisms and lingo, a complete contrast to her usual high fashion diva-ness.

It’s unusual to see any heroine go totally minus makeup and wear poor quality clothes and the result is a brilliantly authentic performance that tugs at the heart strings. Infact, Parul added two more feathers to her hat by co-producing this film along with the other three remakes as well as penning down the additional screenplay.

The fun and colorful teaser puts forth the high production value with exotic and expensive European locations and Amit Trivedi’s enthralling music composition. With his debut in the south film industry, Amit Trivedi’s earthy yet peppy composition builds up the excitement and makes you want to hear more.

Among all the four remakes, Butterfly seems to have garnered the most amount of appreciation, having the best performance and efforts put by Parul to look and act like a native Gokarna girl.

‘Butterfly’ is produced by Manu Kumaran, co-produced by Parul Yadav and presented by Taizoon Khorakiwala under the banner of Mediente Films. The dialogues are written by dialogues by Mamtha Sagar and Ramesh Aravind.