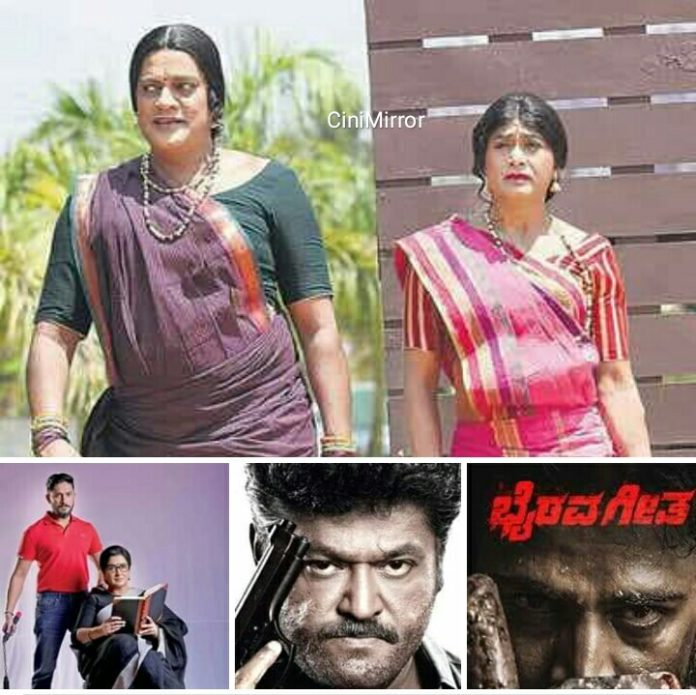 Every year we release a record number of movies and each week is filled with the same level of curiosity and enthusiasm. In this context, if we look at the Kannada movies then there are some interesting stories and portraits to watch out in December.

So far only 8 Kannada films — Tagaru, Raju Kannada Medium, Raambo 2, Humble Politician Nograj, Gultoo, Ayogya, Sa Hi Pr Sha and The Villain – of the number of movies released so far have made profits this year. More than this poor pass percentage, it is the loss of screens to other languages that is hurting film-makers and fans. Many single screen-theatres that screen only Kannada films have started screening non-Kannada films.

There are big stars movies lined up for release in December, while industry insiders say that KGF movies release postponement to December has made many to release their movie before that. Also in line are a series of big films to get released like Avane SrimanNarayana, Natasarvabhouma, Kaavaludaari, I Love You of Upendra, 777 Charlie, Kurukshetra, Bell Bottom, Pailwaan, Kotigobba3 and many more.