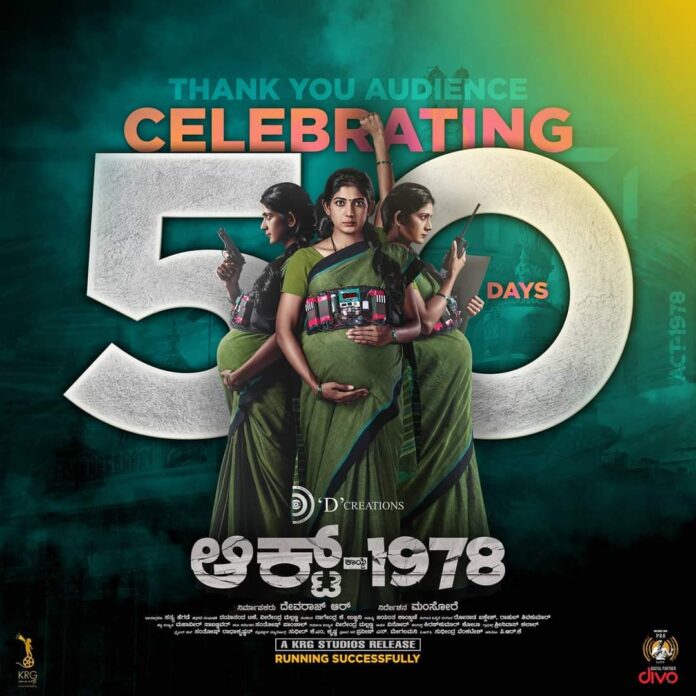 The movie Act 1978 directed by Mansore, is the first Kannada film to hit 50 days after its release in the theater after the lockdown. This is something that Sandalwood industry should celebrate about, at the time of hardship post pandemic it is a milestone.

The film was released on November 20, 2020. This was the first cinema to be released after the lockdown. As the government has given nod to release movies in the theater.

To celebrate the occasion, Recently actor Sanchari Vijay and others visited Mysore’s multiplex cinema and interacted with fans. In the film, Sanchari Vijay has played the role of a policeman. The film was critically acclaimed by the cine lovers.

The movie Act-1978 is still having a successful run in theaters. The film stars Yagna Shetty, Pramod Shetty, Avinash, Achuth Kumar, Shobhraj and B Suresh on the main lead.

Dayananda TK and Virendra Mallanna have written the screenplay for the film. While the cinematography is done by Satya Hegde. 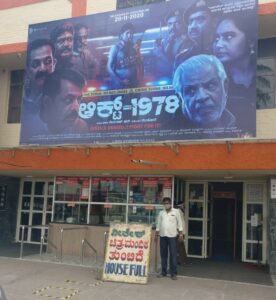