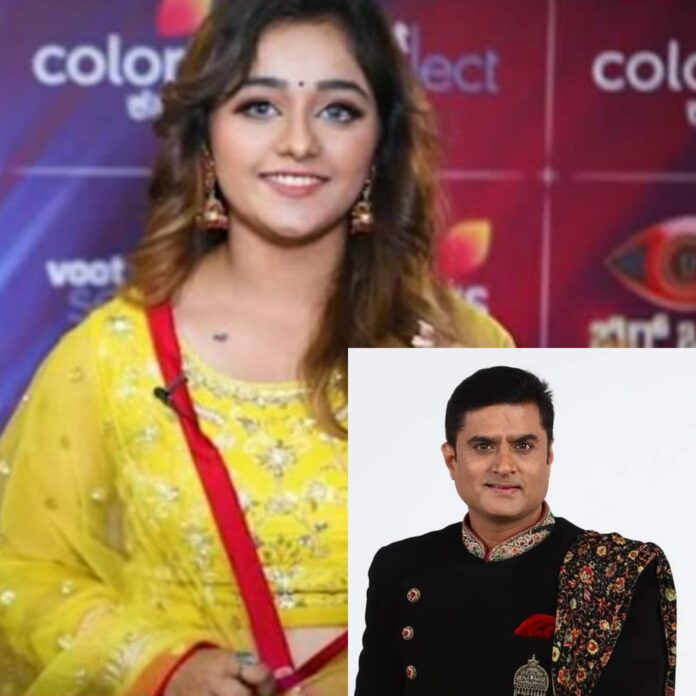 Speaking about her silence on Prashanth Sambargi’s remarks on her makeup she said, “He has told what the fact is. I do makeup more often and I like to have makeup on my face all the time. So, there is nothing wrong in speaking the fact.”

Further when asked that Nidhi Subbaiah had backed her against Sambargi on his comments on Dhanushree’s makeup she said, “He made comments on me having makeup for several times. He might have had problem with it, but this is how it is. It is always his opinion, but the fact is I love the way I am doing, and I am very comfortable in it. I am not here to live for his expectations,” said.

Despite Sambargi’s remarks on her makeup, Dhanushree did not back off from admiring his strength to place his point strong. “In fact, he was particular in his opinion and placing it before everyone when he opted Vishwanath for challenging task. He openly told Vishwanath is weaker against him so that he can escape the nomination. Whatever he might have made remarks on my makeup, but I admire his strong point making in everything. He is undaunted in his moves towards others,” she added.

With Dhanushree becoming the first contestant to be walking out from the house, remaining 16 characters will now go through the weekly nominations for next 14 weeks. 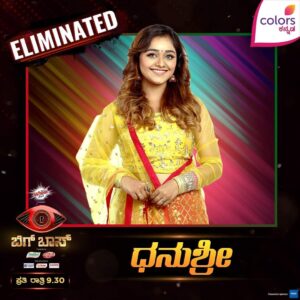 While Lag Manju of Majabharatha contesting inside the Bigg Boss House is being as one of the most entertaining contestants of Bigg Boss in this season, the eliminated contestant Dhanushree has felt that “humor cannot be fair if the opposite person finds it unacceptable.”

Speaking about Lag Manju’s jokes inside Bigg Boss House, after her elimination, Dhanushree said, “Manju has good sense of humor. But It is very delicate, it can turn into any sides and the opposite person can feel both overwhelmed and hurt. I feel there is no meaning in making fun of others by hurting their sentiments,” she said.

She further said, “Making fun of one person repeatedly and showing them in a bad light just for the sake of cracking jokes would defeat the very purpose of humor itself. Thus, making jokes on somebody repeatedly cannot be considered fair one,” she said.

Lag Manju, during the one of the week episodes had made fun of Dhanushree getting her makeup done even before taking bathe. Dhanushree in her reply to Manju had said that she like to get her makeup done before the bathe and she was quite comfortable in it. However, she broke her silence on this after she came out of the house.

Shankar, Vaishnavi and Rajiv dominated me, I could not understand the head and tail of Shankar’s words

Dhanushree who has walked out of Bigg Boss House has come up with certain takes on the contestants inside the house and among whom she has claimed that they are dominating everyone. Dhanushree has claimed that “Shankar Ashwath, Vaishnavi Gowda and Rajiv dominated her”.

Speaking after her way out from the house Dhanushree said, “I think Vaishnavi, Shankar Ashwath and Rahiv are the people who tried dominating me. It has now become the syndicate and they are playing a very smart game.

“I am very disappointed the way Rajiv played here. He kept on saying that I am not making any efforts to gel with them. But when I made efforts Rajiv did not even react to me properly. I think that is the strategy he is playing around. In fact, Nidhi Subbaiah told me that my approach to have friendship with them seemed to be fake.”

“But the fact is, I at least tried speaking to them, building a friendship. But she did not even make that attempt. I feel this is dominance as she was friendly with all and in my case, she was not interested in it. In my opinion, this was kind of dominance itself. I definitely feel that Rajiv has lot of plans in his game,” she said.

On the other hand, the social media sensation did not back off from making her take on Shankar Ashwath clear. “Shankar Ashwath dominates everyone. Frankly saying he says many things, but the fact is I could not understand the head and tail of his words. I used to hold my head whenever he used to speak,” she said.

Meanwhile, she also expressed her disappointment with Vaishnavi Gowda saying that her performance is not upto the mark. “I felt that Vaishnavi’s performance was not that great in her task performance. I had expectations on her, but I have no idea what went wrong,” she said.

Nirmala is problematic, bit bizarre. But she is very generous too: Dhanushree

While all the house inmates of Bigg Boss House are confused and quite shocked with Nirmala Chennappa, it was not different for Dhanushree too. The eliminated contestant of the first week, was though little close to Nirmala Chennappa, she felt that the “She (Nirmala) a problematic and bit bizarre too.”

While speaking about her take on all the contestants inside the house, Dhanushree who just came out of the house for first week itself has said Nirmala might walkout of the house next week.

“I felt she is a problematic lady and bit bizarre too. She behaved little weird. Nirmala who was wearing the saree for days inside the house suddenly changed her saree and wore the casuals during the brake with Sudeep’s conversation. Shamanth Gowda as a captain had to rush and convince her to wear saree again. But she wore the saree later,” she said.

Dhanushree says Nirmala is “a very generous and caring lady which are the great things that can be seen. But I eel her generosity too is a concern where she must work on it. She cares for people and looks as her weakness and finally as weird,” she said.