Sandalwood actor and comedian Bullet Prakash passed away in a private hospital in Bengaluru on Monday. The actor was suffering from kidney problem from last few days.

Comedian Prakash was in critical condition from last few days. Bullet Prakash was suffering from kidney-related ailment and was being treated in an ICU of a private hospital in Bengaluru.

The actor Bullet Prakash, who has been suffering from kidney problems for several days and was treated on a ventilator. Prakash’s health has fluctuated over the past month. Later the health condition got serious, and was admitted to Fortis Hospital on Cunningham Road on Saturday due to kidney and liver problems.

In the hospital, Prakash was breathing with an artificial respirator. He underwent surgery to lose weight two years ago. He had many health problems after surgery.

Bullet Prakash is survived by his wife, two children, he had a close relationship with Dunia Vijay, Darshan and Shivaraj Kumar. 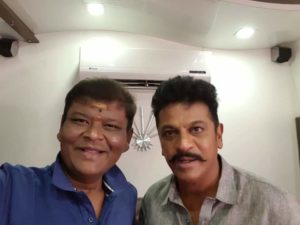 He entered the cinema industry through Shivaraj Kumar’s movie AK-47, he has acted in over 300 films. He was a permanent comedian in Darshan Cinemas.

Many renowned actors, including Duniya Vijay, Shivaraj Kumar had arrived at the hospital to meet Bullet Prakash. They have given moral support to Prakash family.