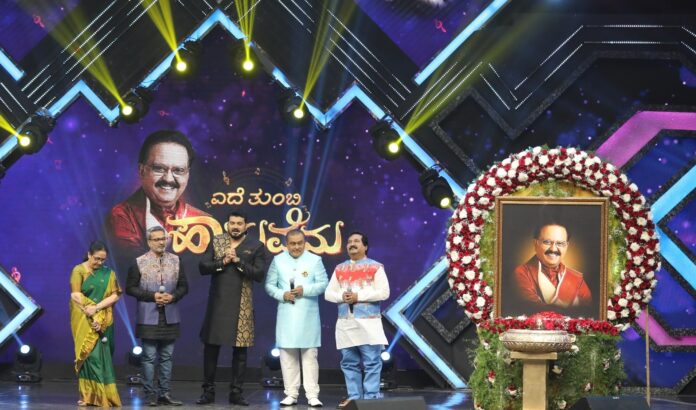 In its first ever attempt to pay a tribute to the legendary playback singer of the country SP Balasubramaniam, the Colors Kannada channel along with the music directors and films stars from Kannada film industry joined together to pay the tribute.

The programme was organised by Colors Kannada for which Nadabrahma Hamsalekha presided the whole event along with his team and other music directors from Kannada Film industry.

In the first ever tribute paid to the iconic singer, the programme was entirely themed on his songs his has sung for Kannada. As the special guest of the programme, S P Balasubramaniam’s son S P Charan, his sister Shailaja were present in the programme and performed the songs on the stage.

The musical extravaganza that was hosted by Srujan Lokesh will be going exclusively on air in Colors Kannada at 7.30pm on February 21 and 22 and on Voot app thereafter to give the larger-than-life experience for audiences. 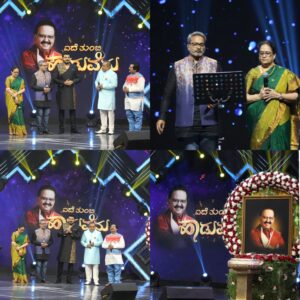