The NDPS court has postponed the hearing of the bail application filed by actress Sanjana and Ragini, who have been detained by the CCB in the Sandalwood drug case.

On Monday in the NDPS court, Actress Ragini Dwivedi’s lawyer, Kalyana Krishna Banduri, made an argument that the police had planned to frame her client. Before filing an FIR, the case investigation was done. There was no legal procedure followed in Ragini’s arrest. A warrant was obtained from the court during the search. Only a cigarette strip was found at Ragini’s house. The police have violated the law.

Also Ragini is accused of not cooperating for the investigation. Ragini’s lawyers accused that CCB officials instead of catching someone, they have made Ragini a scapegoat.

Actress Ragini Dwivedi is from a army officer’s family. Plus, the actress has done a lot of social service. She has also responded to some of the CCB’s social causes. She is accused of having consumed Exctasy pill with 4 other accused. But we have refused that she has taken the pill, Ragini’s lawyer Kalyana Krishna argued.

According to the CCB this is a small intake of drugs case. Thus this is a case worth of getting a bail. But Ragini’s advocate Kalyana Krishna Banduri has argued that Ragini was not being granted bail.

Later, State Public Prosecutor(SPP) Ravindra raised objections to the bail application of Ragini and argued against it. His argument stated, Ragini has taken out the name of someone during the trial. Those persons involved should be investigated.

The actress has connections with persons of criminal background. So Ravindra had argued, that Ragini could threaten others, if she was granted bail.

Also Ragini has participated in parties for the past 5 years. The party is being organized in association with other members. Even drugs were supplied for those who had come to the party. Drugs have been reported brought from Andhra, Goa, Punjab, Mumbai and some foreigners. In addition, Ragini did not cooperate with the CCB officials enquiry. Ragini did not even provide the mobile password. But mobile was opened with technical assistance.

In addition, Ragini Dwivedi did not cooperate with the medical examination. She also diluted the urine, as she mixed urine with water and gave it as a urine sample. Actress Ragini Dwivedi has a direct role in the case. Many drug peddlers are still missing. If given bail, the investigation will be a set back. There is also information on Ragini purchasing a property from the sale of Drugs. SPP Ravindra said the bank and financial information need to be tracked.

The SPP also informed the court that Ragini Dwivedi was a movie heroine. But she is associated with people who are harmful for the society.

Actress Ragini Dwivedi has also campaigned for political parties to cover up her shady face. If she is granted bail now, there will be trouble in running the Identification Parade. If given bail, she is likely to go into hiding. The crime committed by Ragini, she should be sentenced for 20 years. The actress has a direct relationship with the A7 accused. He argued that the drugs were supplied by her with the accused. 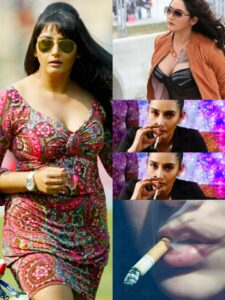 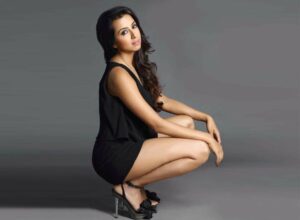