Few stars from Sandalwood have made it big in their neighbouring states as a star. Few in the list are Rajnikanth, Arjun Sarja, Sudeep, Rakshitha and Ramya have been seen in Tamil industry after their debut with kannada movie. Now Kannada star Sathish Ninasam to debut in Kollywood with ‘Pagaivanaku Arulvai’ directed by Anis.

After giving a hit movie ‘Ayogya’, Sathish Ninasam is all set to take his talent to Kollywod very soon.The actor who started with notable characters scored high with his lead role in Lucia. Since then he continues to impress audiences with his varied roles in Kannada.

The actor made an announcement about his Tamil debut on social media, that drew the attention of a lot of his followers. Sathish, after his recent blockbuster hit movie Ayogya, waiting for his upcoming film, Godhra to hit the screens. The movie already garnered interest among industry insiders, as the movie digital rights was offered for Rs 10 cr from Netflix.

Sathish said , “The title launch of my Tamil debut is happening on December 8, in Switzerland. Launching it will be the music director Ghibran and the director Anis amidst an audience of 10000 people. Wish me luck.” 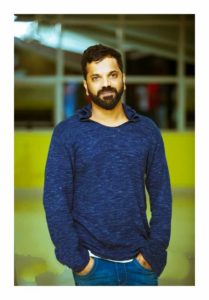