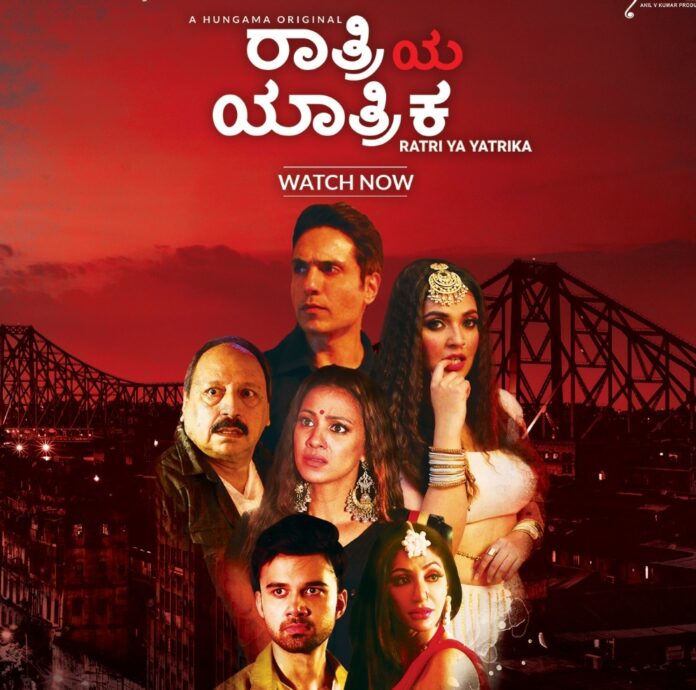 The online platform owned by Hungama Digital Media, on Thursday launched ‘Ratri Ya Yatrika’, a Hungama Original in Kannada. An anthology, the show features 5 unique and thought-provoking stories set in red light areas.

Each story follows a character leading an incomplete life and seeking something – love, physical pleasures, refuge or just closure. A man who is ashamed of being a prostitute’s son and has an awakening in a place he detests the most.

A 69 year old who is unapologetic about his physical needs and refuses to be shamed by the society. A jilted lover who comes to terms with reality and decides to start a new chapter in his life. An 18 year old who wants to feel physical affection at least once before he renounces all worldly pleasures.

A conman who makes a living out of robbing people but gets robbed of something deeply precious instead. Though they feature in distinct stories, each of these characters visit a red light area for the first time in their lives and eventually find wisdom and solace there.

Their experiences may range from sensual to provocative, but irrespective of that, a single night ends up changing their outlook forever. Produced by Anil V Kumar Productions in association with Hungama Digital Media, all episodes of the show have been directed by Anil V Kumar.

The show is now available to stream on Hungama Play, Hungama’s video on demand platform. The platform also offers over 350 Kannada movies and more than 930 short-format videos in Kannada across categories like music, entertainment, movies etc.

Speaking about the show, Siddhartha Roy, COO, Hungama Digital Media said, “In the last few years, we have witnessed an exponential increase in demand for stories that are entertaining, relatable and narrated in local languages.”

He added, Ratri Ya Yatrika offers five unique stories driven by human emotions and feature compelling performances that will certainly be appreciated by Kannada-speaking audiences worldwide. We intend to launch several more shows, movies and short-format content in Kannada this year, aiming to increase our user-base in the region by 2x.

Speaking about the series, Anil V Kumar, Founder, Anil V Kumar Productions said, “The show has a unique concept that hasn’t been explored before. It delicately highlights the emotions and wisdom that exist in red light areas through characters that are deep and sensitive.”

I am glad to have worked with a team of actors and crew that came together in a short span of time and breathed life into their respective roles. I look forward to the reactions from the audiences, says Kumar. 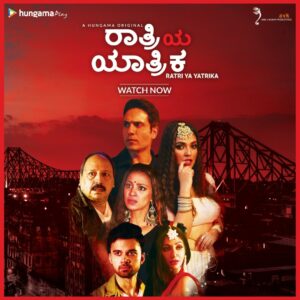