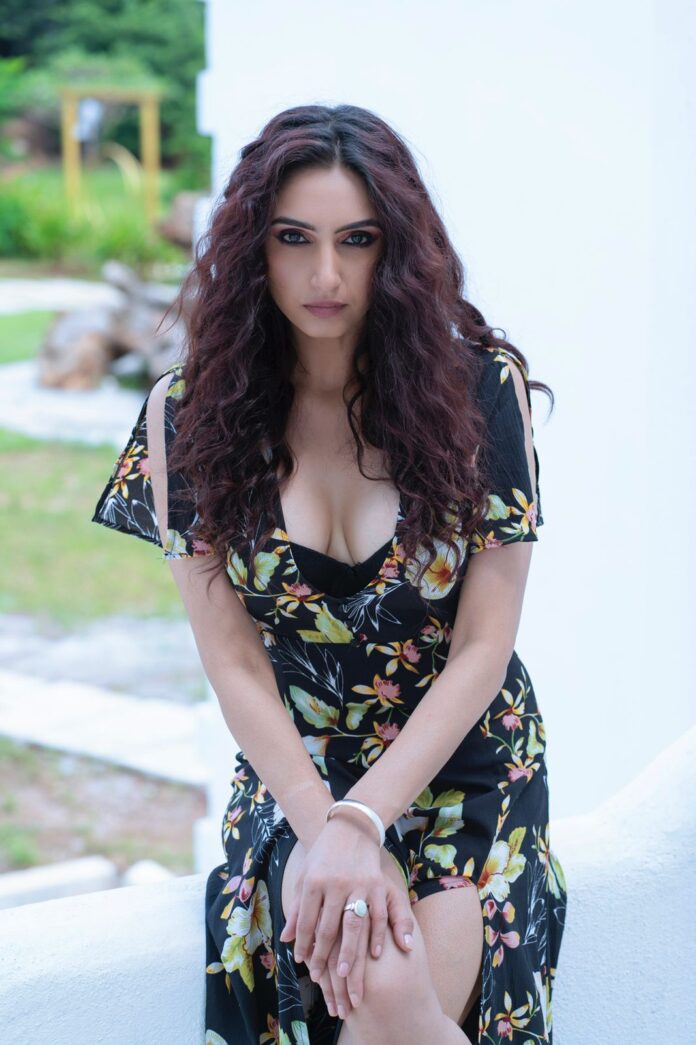 Multi-Lingual actress Ragini Dwivedi’s recent photos in a swimsuit had set the social media on fire and her fans did appreciate her bold looks. Now in her latest photoshoot she looks sizzling and hot as ever with her looks.

Actress Ragini is also called Sandalwood Queen by her fans and popularly known as Thuppada hudugi also. She has acted in more than 25 films in various languages. Currently, she was busy her third outing in tamil industry opposite actor Santhanam in a Prashanth Raj movie and debut music direction by Arjun Janya in to tamil cinemas.

Also the actress Ragini had completed her shoot for kannada movie ‘Sorry, Karma Returns’. She has Karva 3 movie and several other movies in the pipeline.

The actress made her debut in 2009 with ‘Veera Madakari’ opposite the Kannada actor Kiccha Sudeep. She has also performed opposite Kannada stars Upendra, Shivarajkumar and several others. She was introduced to the modelling industry by her fashion guru Prasad Bidapa.

After multilingual actress Khushboo, actress Ragini Dwivedi is the first Kannada actress to have a registered fan club in her name.