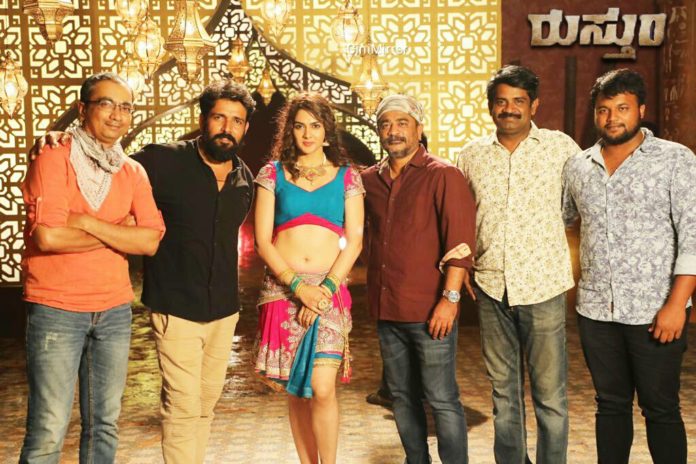 Actor, Choreographer and director Prabhu Deva’s brother Raju Sundaram who is popular in south industry for his choreography is back after a long break to Sandalwood. Through Stunt master turned director Ravi Varma’s ‘Rustum’ movie there will be a special item song choreographed by Raju master.

The director Ravi varma tweeted , “Shot special song for Rustum with Sakshi Choudhary, after a longtime India’s top notch choreographer Raju Sundaram has worked in Kannada film, thankful to him.”

Telugu actress Saakshi Choudhary has given her best in this special song. The actress has already acted in eight films and is coming to sandalwood through this song.

Also there was a surprise visit to the Rustum movie set from the Powerstar Puneeth Rajkumar and they did catch up for a while discussing on the movie. 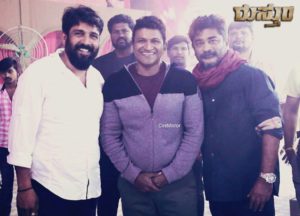