Sandalwood actor Daali Dhananjaya has changed his name in his social media account. Currently, actor Dhananjaya is waiting for his movie release teaming up with director Suri for the second time in the movie Popcorn Monkey Tiger. 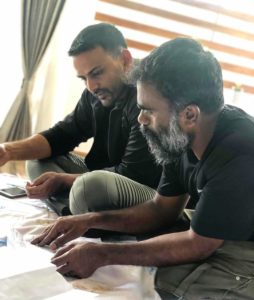 The movie is being released on February 21, Popcorn Monkey Tiger Cinema is coming on big screen this friday. While the actor Dhananjaya has changed his name before the release of the film.

The actor Dhananjaya plays a character named Monkey Seena in the Popcorn Monkey Tiger movie. So he has changed his social media name to Monkey Seena on his Twitter account.

In order to promote the film, they changed their username on the social site to Monkey Seena. Taguru became a hit movie and the actor is more known as Dhananjaya Daali from the chatacter he essayed. The films success made the same team work together. Wherever the team has shot they were recognizing Dhananjaya as Daali from Tagaru fame.

It is interesting that Dhananjaya plays the role of Daali and lands up a role as Monkey Seena which has become famous, Daali now turns into Monkey Seena.

Nivedita, Amrita and Saptami are seen as the heroine of Dhananjay in the film. 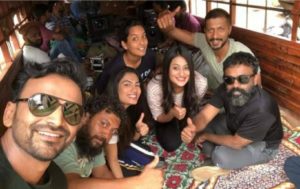