Kiccha Sudeep‘s Pailwaan movie was one of the eagerly awaited film to watch for so many reasons. It hit the screens and wins audience heart for its simple story spiced up with human values.

The sheer hardwork and dedication of Sudeep is shown on the big screen, and its a visual treat to watch him. Director Krishna has ensured that the movie is blended with sentiment, love, comedy and action.

It is a story about an orphan Krishna aka Kiccha(Sudeep) adopted by Sarkar (Suniel Shetty) and trains him in wrestling. Sarkar has a dream to make Kichcha win him a gold in nationals without any distraction. But Kiccha finds a girl Rukmini(Aakanksha Singh) a rich businessman’s daughter and falls in love with her. Here starts the conflict, will Kichcha succeed in wrestling or will he take a wrong step in his life.

The film has a strong line about a wrestler who turns into a boxer for reasons that his circumstance create. Also a beautiful love story, passion for his sport and love between the father and son is shown in a beautiful way.

While the action sequences are choreographed on a big scale. And each frame shows the richness in the entire screenplay. However, at times the screenplay makes you feel slow in the first half. But the second half promises you a perfect end with family values and human sentiments.

The BGM scored by Arjun Janya is really good but the songs do not visually impress even though the tune is good. Akanksha Singh has made an impressive debut with her commendable screen presence. Kichcha Sudeep is the best as a wrestler, boxer and he looks great flexing his muscles. If Suniel Shetty had given his voice would have been better and him dancing for the intro song was like doing exercise.

This movie cannot be compared to Sultan or Dangal movies because Pailwaan has its own flavour. This is a movie which an entire family can sit and watch. Also it inspires a lot of sports enthusiasts to aspire their dreams. Krishna’s debut as a director with Pailwaan is worth it. 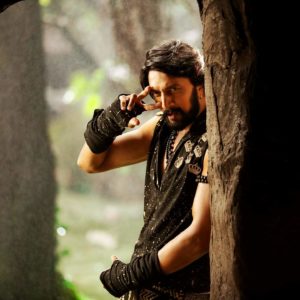