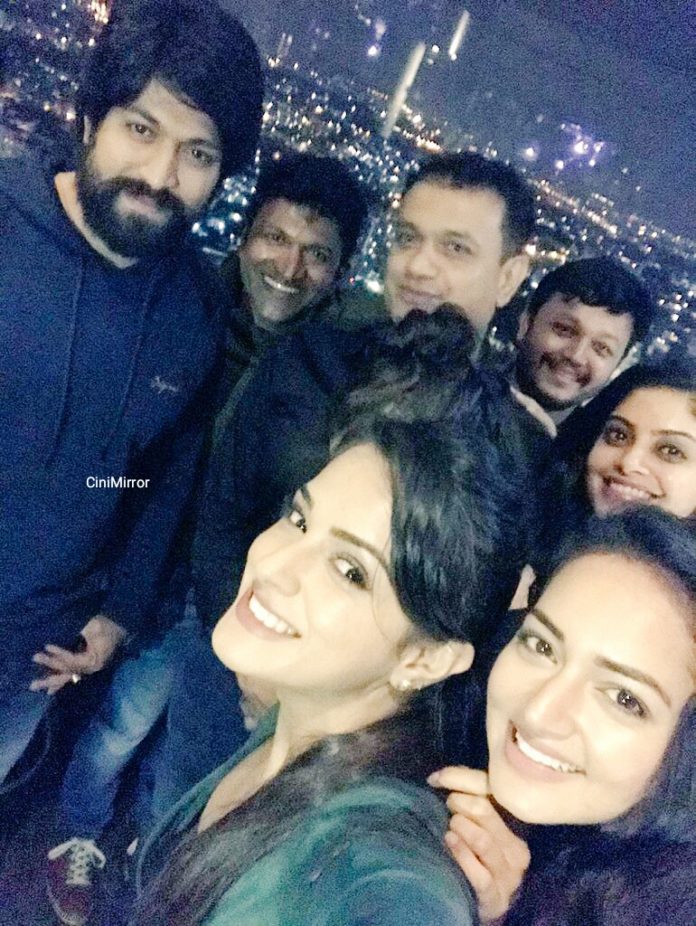 There are very few production houses in KFI producing big budget movies, it has become a task to exist for years in this industry for producers. But Hombale Films started their journey 5 years ago and growing bigger taking Sandalwood to bollywood. On Thursday, there was a get together by stars of Kannada Film Industry as a small bash was organised by Vijay Kiragandur, Producer, Hombale films for celebrating 5 years of industry. We wish them produce more movies every year with all stars of Sandalwood.

The production house started with Ninnindale with Puneeth, their second film was Masterpiece with Yash, third again with Puneeth and the fourth is KGF with Yash, work on which is currently on going. The movies release date is announced and fans are waiting for the movie which will be released in two parts.

The next titled ‘Yuvaratna’ is again with the hit duo Powerstar Puneeth Rajkumar and Santhosh Anandraam will start rolling from December if all goes well. 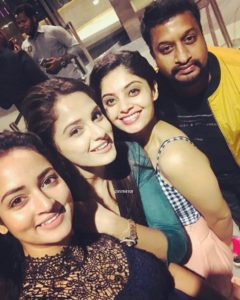 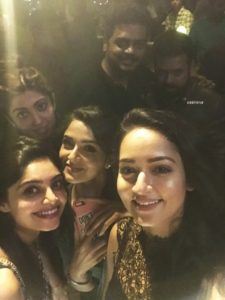 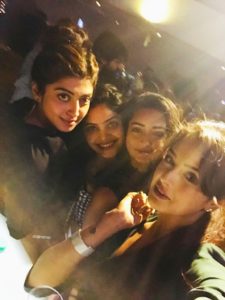