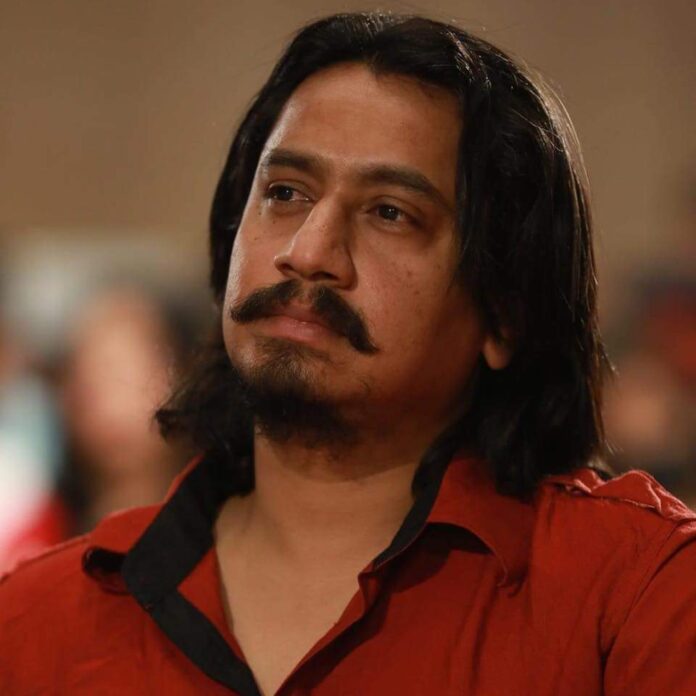 National Award-winning actor Sanchari Vijay was seriously injured in an accident at JP Nagar 7th phase on Saturday night. He has been admitted to Apollo Hospital and is in serious health condition.

“The accident occurred while actor Vijay was out on a bike around 11.45 pm with his friend Naveen. Vijay has suffered severe head and thigh injuries. His friend Naveen’s has bruises on his back. Both were admitted to Apollo Hospital,” Jayanagar Traffic police said.

Naveen was riding his bike and Actor Vijay was his pillion rider. The rider was out of control and the bike fell off. Naveen told police his bike skidded due to wet roads following rain. The bike hit a electric pole nearby.

Vijay fell unconscious on the spot. Naveen, who was in shock, called and told his friends. The two were hospitalized, as the friends rushed to the spot and admitted them to the nearest hospital.

In a media statement, Arun Nayak, a neurologist at Apollo Hospital, said, “Vijay was involved in a road traffic accident on 12-6-2021 at 11 45 pm He was brought to Apollo Hospitals, Bannerghatta Road soon after the accident.”

“He was in a serious condition when we received him in the Emergency Department. A CT scan of the brain was done which showed very severe brain injury in addition to a subdural hematoma (brain bleeding). An immediate brain surgery was done to remove the brain hemorrhage.”

“Currently he is in the Neuro ICU with full life support. He continues to be in a coma state and is very critical We are monitoring his rnedical condition constantly and are providing him with the best possible treatment.” 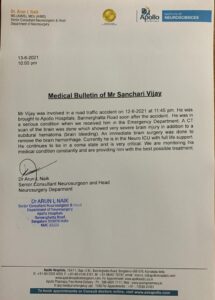 The night lockdown is in effect in the city, but Actor Vijay had gone to a friend’s house for dinner. The police officials are investigating on the same.