Actor Rocking star Yash has expressed support for the ongoing strike of workers in the state. Yash has also discussed the problems faced by KSRTC and BMTC employees and their demands with Transport Minister Laxman Savadi.

The KGf star Yash, who had posted a letter on Twitter expressing his concern for the transport workers.

“Whatever I am today. Before that I was the son of an honest driver of your organization. When I was late at home, My father used to always tell, Many bus passengers travelling in my bus might miss the train or be late to their office.”

“Maybe it’s not just my dad’s story. Thousands of transport employees’ routine duty is this. The relationship and cooperation between the transportation employees and the passengers has been a testament to friendly relation. But there may be discrimination in the salaries of employees of our transport organisation. There may be disputes over holidays. There may be problems running for over duty. I know everything.”

The cry of the transport workers who are genuinely fighting for justice and the middle class people who depend on the buses. These two are also haunting me.

“I am delighted that the Minister of Transport, Laxman Savadi, has expressed his concern and he is well aware over the demands of the Transport employees. Also he will be discussing with the Chief Minister, and address the wage discrimination of transport employees,” he said.

To resolve a problem creating another problem is never a solution. It is my firm belief that open mindedness can solve this problem. Let’s quit and move forward together, says Yash.

After Yash stated on the transport employees, a widespread support has be shown on social media. The problem of transport workers will be resolved soon. 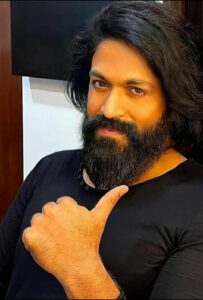 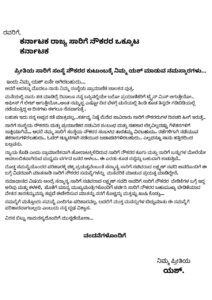