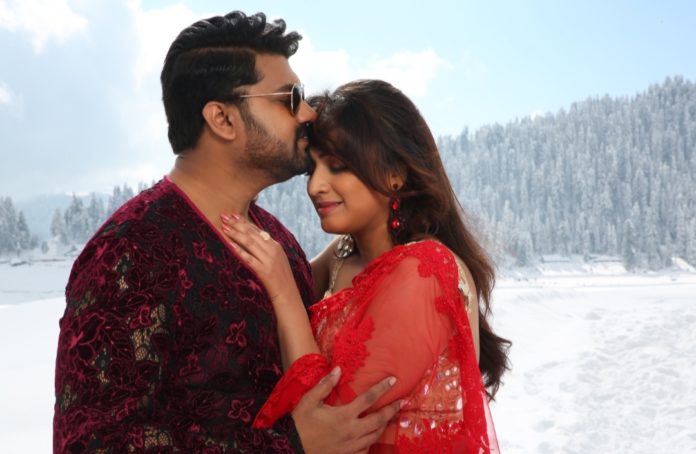 Recently, the Talking Star Srujan Lokesh launched a song from his home banner movie ‘Ellidde Illi Thanka‘ from all the cast and crew mothers.

The movie has actress Hariprriya as a lead opposite Srujan, also Girish Shivanna in a comic role. The music is scored by Arjun Janya and a song sung by Sonu Nigam was launched by all mothers on Sunday. 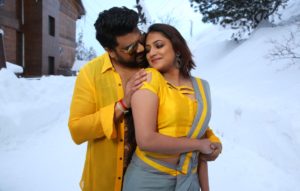 Sukrut Lokesh, son of actor and director Srujan Lokesh, is now ready to enter on silver screen. Sukrut Lokesh to star as a child actor in the movie ‘Yellide Illi Thanaka’.

Though the young director Tejaswi has made the action cut, the scenes in which the son Sukrut is acting are directed by Srujan Lokesh. To that extent, the cinema ‘Yellide Illi Thanaka’ has been very special to him till now.

My son acting is nothing special. Ours is a family of artists. My Dad became a star, as well as my grandfather Subbayanayudu. He was also involved in directing and producing. Also my mom is an actress. There is acting skill tuned in to us from birth, and in our family. Prior to me, my sister Pooja Lokesh made her entry into filmdom as an actress. Later, I came here as well.

It is the birthright of children. Actor Sreejan Lokesh says Sukrut is being introduced to the silver screen with a desire to continue his artistic career. The heroine of the movie Haripriya. Mandya Ramesh, Tara, Tabla Nani, Sadhu Kokila and Avinash are in the cast. 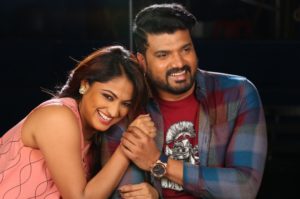