The popular and hit movie Guru Shishyaru starring legendary actor Vishnuvardhan made under Dwarkish production is now back in news.However, this time comedy king Sharan Hruday next movie is titled Guru Shishyaru.

It is known that Guru Shishyaru movie starring Dwarkesh and Dr Vishnuvardhan, is an all time hit movie. The movie released in 1981, the film was produced by Dwarkesh and Directed by HR Bhargava.

Now actor Sharan and Tharun team have selected the same title for their next film. Tharun Sudhir and Gentleman movie director Jadesh have promised a new story to Sharan but it is set in 1995.

Then actress Manjula, Jayamalini and Hema Chowdhury played the lead role in the film. In this new film the team have not shared any info on the lead actress. 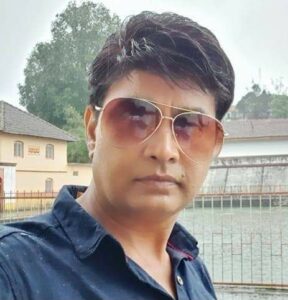 Keep the drums rolling and whistles blowing for Guru Shishyaru

In a tweet, actor Sharan wrote on his social networking site and thanked Dwarkesh. Keep the drums rolling and whistles blowing.
Uncovering the TITLE of our next Guru Shishyaru, Immense gratitude to Dwarakish Sir for unveiling the title.”

On Tuesday, Sharan in a tweet stated, Thanks for the overwhelming Love and Support towards Guru Shishyaru title motion poster. Grateful.

Actor Sharan revealed this on the social networking site. In the first look poster it has a picture of the children and another side Sharan playing tug of war game. The poster also refers a long long time ago in 1995. Ajaneesh Lokanath is composing the music for this film. The film team, which has currently announced the First Look, is likely to start shoot by January 2021.

Director, Creative Head and Producer Tharun Sudheer tweets, “Prepare yourself to be taken on an amaze spree! Raising the screens off our grand title Guru Shishyaru. A huge thanks to Dwarakish Sir for releasing the title . This is the first movie as a producer, so i need all your blessings.”

Director Tarun Sudhir said that the title of the movie Guru Shishyaru cinema will take you to Dwarkesh’s comedy and reminisce about the popular song, “Doddavarella Janaralla.” But this film will make the Kho Kho sport even more popular. The new film with same title is directed by Jadeesh K Hampi produced jointly by Laddu Cinemas House and Tarun Sudhir Creatives. 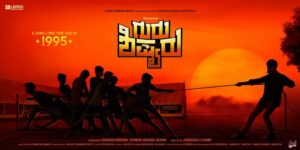 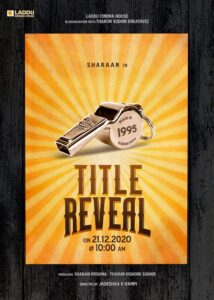