On Thursday, Actress Sanjjanaa Galarani apologises the director after her #MeToo allegations. Sanjana had alleged that director Ravi Shrivatsa had forced and abused her to act in scenes that she was not comfortable doing in her debut kannada film Ganda Hendathi, in 2006.

The actress had also claimed that despite her unwillingness she was forced to do a kissing scene repeatedly for many days. When she objected to it, Srivatsa apparently lashed out and asked her to spare him lessons in direction.

She even said that Srivatsa had forced her to perform intimate scenes in the film which was a remake of Bollywood’s ‘Murder’. She also alleged that cameras were fixed at places about which she had no idea.

However after so many allegations coming on social media and even on tv channels. Now Actress Sanjana’s video of her apologising to the director and its association was seen.“I was very young when it happened to me and was disturbed, but today things are different. My intentions were not to hurt anyone in the industry or members of the directors’ association. I am very sorry,” she said.H

However on social media, after watching her apologising many were discussing that she was forced to say sorry. 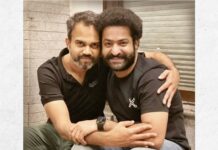 cinimirror - December 8, 2020
Actress Meghana Raj Sarja and her new born son have been tested Covid positive. The same has been informed by the late actor Chiranjeevi...

One can feel they are part of an investigation in ‘Puta...