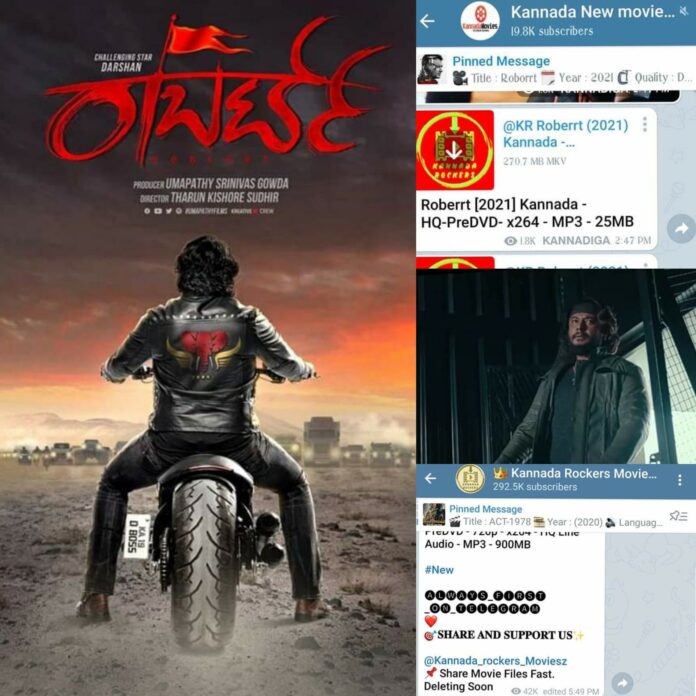 One person has been arrested by the police for allegedly trying to sell Challenging Star Darshan starrer Roberrt movie piracy copies. Despite the fact that the movie got several offers from top OTT players to sell the digital rights, the makers stood by releasing it only in theatres.

As the Roberrt movie was released on March 11, the film has become the latest target of piracy sites such as movierulz, Tamilrockers and Telegram, along with many other social media sites.

Some miscreants who watched the early morning shows seem to have illegally recorded the movie on their mobiles and leaked the movie online.

The manager of Umapathy Films, Manjunath had filed a complained about piracy. The accused has been arrested, said Sanjeev Patil, DCP of the West Division.

The accused is identified as Vishwanath, a native of Yadagiri and a resident of KR Road, Bangalore. They were selling the pirated copy by claiming that they had a HD print of the movie. The complainant, Manjunath learning about this had approached the accused in connection with the movie as a customer. The accused had also demanded money from them. The complainant, who immediately caught him and handed over to the police.

The copy of piracy has been recovered on the accused mobile. “We got to know that movie was shared on WhatsApp, Instagram and other websites,” Patil said. 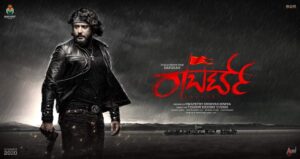