Sakat studio has recently launched its own style in the Kannada web series and has recently completed the production of “Hate You Romeo” with Dr Shivaraj Kumar‘s Sri Muthu Cine Services in South India’s largest web series production, while the two production companies join hands with another big web series.

The new series is titled “Honeymoon”, a story about a arranged marriage couple who have gone to spend time for their honeymoon. In honeymoon the only thing that happens between is between the four walls. It is the story of two different thoughts of both being mixed together . 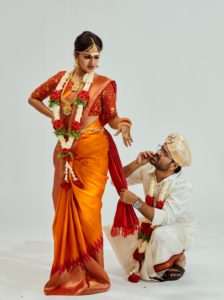 Nagabhusgan, a mysorean who has originally a theatre artist and has appeared in many films, is writing the screenplay and dialogue of this web series. Also the actress of latest movie ‘Chemistry of Kariappa’ fame Sanjana Anand will be seen as lead actress for the web series.

Prior to this, Vikram Yoganand, who has directed a movie titled , “Heegondu Dina”, and directed a web series named “Dr Paul”.

The music will be scored by Vasuki Vaibhav of ‘Sarkari Hiriya Prathamika Shaale’ fame composes 4 songs and background music for the series.

Nivedita Shivaraj Kumar’s “Shree Muthu Cine Services” along with RJ Pradeepa, Ravishankar and Vivek are planning to make 5 web series this year, under Sakkath Studio. In the upcoming web series, also several big Kannada actors of Kannada are acting and will soon be revealed. 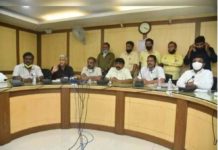 cinimirror - July 11, 2020
The entire film industry is suffering from the ongoing COVID19 problem. No film production and no release has cost several people involved directly and...