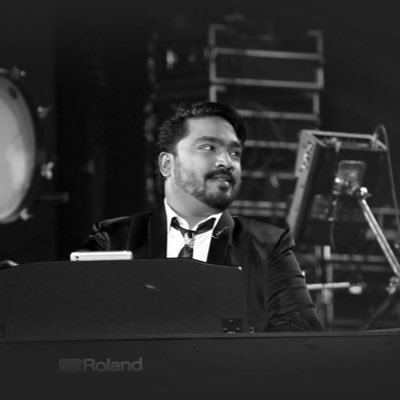 It was a shocker to many kannada movie fans to know Music Director Arjun Janya being hospitalised. While Arjun Janya was in his home in Mysuru, he had a pain in his chest which turned out to be heart attack.

The 38-year-old popularly known as magical composer, Arjun Janya had suffered a heart attack due to work stress. In mysuru house, he was working for Darshan’s Roberrt movie when this incident of heart attack occured. Timely admission to hospital had saved him and now he is kept under observation.

Doctors treating Arjun Janya said that his heart was blocked 99% and it would have been dangerous if he had delayed coming to the hospital. Doctors also said angioplasty has been conducted on Janya and is currently stable.

Arjun Janya is an Indian film score soundtrack composer and singer. Arjun made his film debut in the 2006 Kannada film ‘Autograph Please’. Since then he has composed and scored music for successful films. Arjun Janya has worked as a music director in over 100 films. 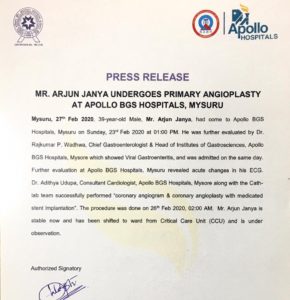