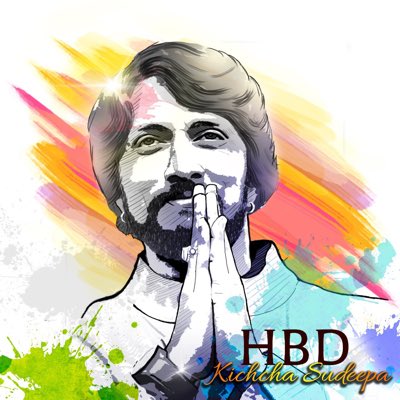 Kiccha Sudeepa, the people’s favorite actor, celebrates his birthday on 2 September. His fans had been getting ready to celebrate his birthday grandly. They have released a common display picture (DP) to be kept on Sudeep birthday.

Also fans are eagerly waiting for Sudeep’s multilingual movie Pailwaan to be releasing in few weeks. Not just Pailwaan movie but also a movie with Megastar Chiranjeevi in Syee Raa which will be released on 2 October. There is Kotigobba 3 and Dabbang 3 with Salman Khan as a antagonist directed by Prabhudeva.

While the hash tag with #BaadshahSudeepBDayCDP is trending on social media which is used by several stars and fans. Even the industry people are showing their love and admiration for Sudeep by using the common display picture.