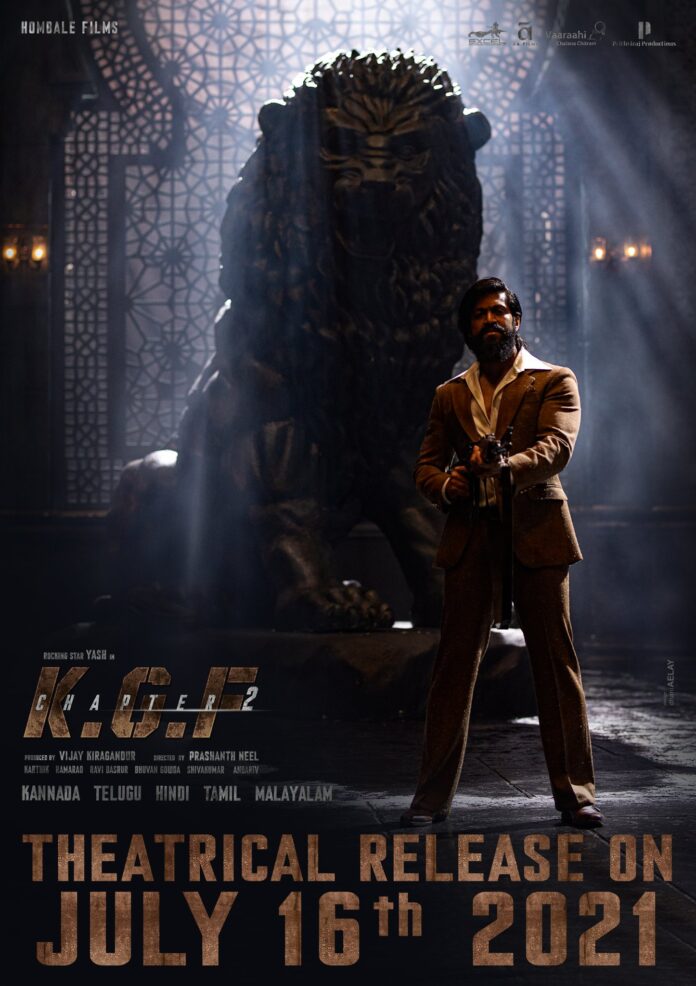 The makers of Rocking Star Yash’s KGF Chapter 2 have put an end to the rumours on the release date of the movie. The multilingual movie will now release worldwide on 16 July in theatres.

The release date was announced by actor Yash earlier with a dialogue in the clip. In which Yash says ‘May I come in.’ Now Yash in a tweet stated, “Fasten your seat belt coz the date is set.”

A poster has been released which has an intriguing visual with Yash holding a gun in his right hand on it, with an Lion statue in the background. The new release date is 16 July 2021 and the poster says it all.

The film, which was launched exactly a two years ago on 13 March, was initially planned for release in 23 October 2020.

In the last couple of days, the news on KGF 2 release date was speculated with so many dates.

While KGF Chapter 1 was a blockbuster movie that took the popularity of Yash to new heights and made a pan-Indian star. The movie minted over Rs 225 crore from all versions (Kannada, Tamil, Telugu and Hindi).

The second instalment had got bigger with Sanjay Dutt and Raveena Tandon joining the cast. Raveena Tandon is seen playing the role of Ramika Sen in the film. Raveena’s character is also intriguing in the highly anticipated film. The second part is more exciting than the first. There will be powerful action scenes between Yash and Sanjay Dutt. 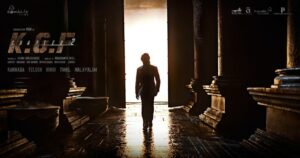