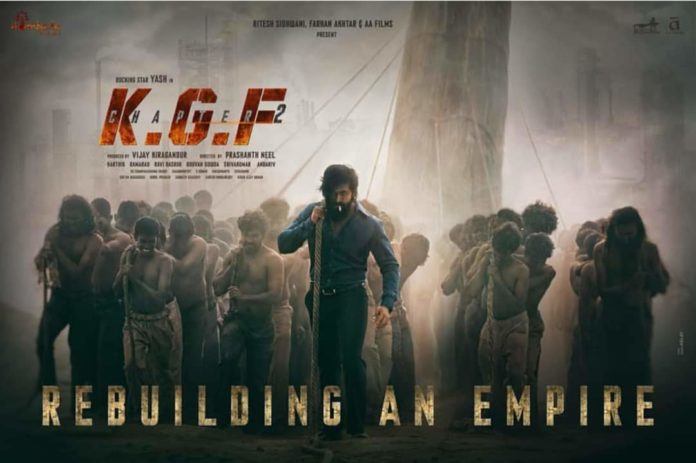 Director, Prashant Neel is all set to bring KGF Chapter-2 on screen at the end of April or before Diwali as audience expect. In the meantime, the famous Ormax Media, which reports cinema news, has just released a list of 2020’s Most Awaited Hindi Cinemas.

Rocking Star Yash starring KGF is the cinema that has elevated the Sandalwood cinema industry even further. The KGF created a craze that shocked the entire Indian film industry. So much so that Yash and director Prashanth Neel combination have created a wave among industry people for the film and have captivated the audience. 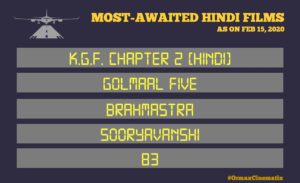 Not only that, but when is the KGF2 movie releasing is the most discussed word from the audience after watching KGF Chapter-1. There are several Bollywood movies lined up for release such as Golmaal Five, Bramhastra, Sooryavanshi and 83 movies. These movies are behind the expectations of kannada movie KGF. The shooting of KGF-2 is going on in full swing and the film crew is in Mysore.

In the meantime, Ormax Media, which reports cinema news, has just released a list of 2020’s Most Awaited Hindi Cinemas, of which KGF-2 was the first to be featured.

There are many bollywood makers who do not want to clash with KGF movie release. Also south movies are now felt as a threat to hindi movies. But many artists from Bollywood being part of KGF 2 has made KGF a pan India movie.