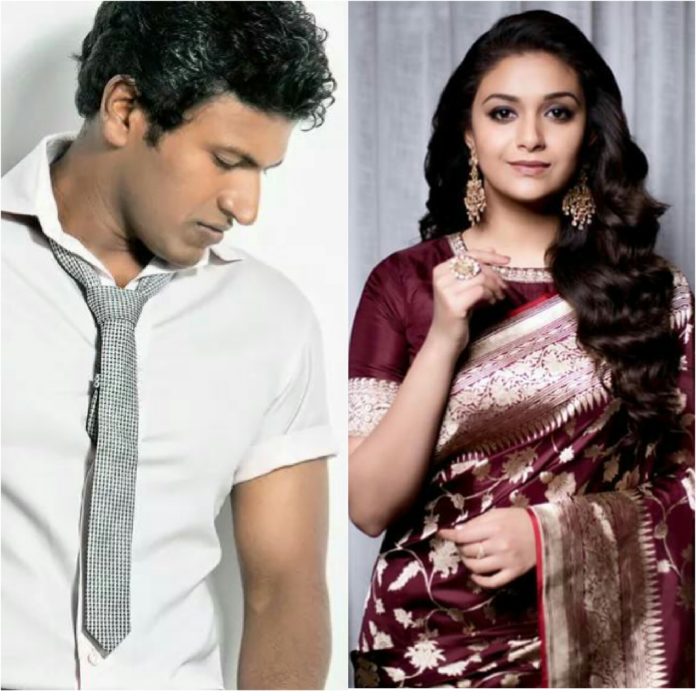 Another news making rounds for the Rajkumaara Actor and Director duo of their upcoming film ‘Yuvaratna’. The makers of the film had recently unveiled the title of the film on November 1. But the heroines name was not finalised and their were discussions held to get a popular face from the south.

However, it is said that Director Santosh Anandraam has finalised the ‘Mahanati’ actress Keerthy Suresh, to star opposite Powerstar Puneeth Rajkumar. But there is no official confirmation from the team.

While Keerthy has acted with all the top stars in south from Pawan Kalyan, Nani, Dhanush, Vijay, Vikram, Surya and many more. If she is finalised, it will be her debut in Sandalwood.

Recently the director had revealed that Puneeth will be playing a student’s role in the movie and we must say that has created quite an excitement among his fans. After 16 years again fans get to see Puneeth in a college boy role, his last as a student was Abhi opposite actress and politician Ramya.

The movie is all ready to take off the shooting from the third week of December. ‘Yuvaratna’ is produced under Hombale Film with music by director V Harikrishna, who had also scored for Rajkumaara and won several awards for it.