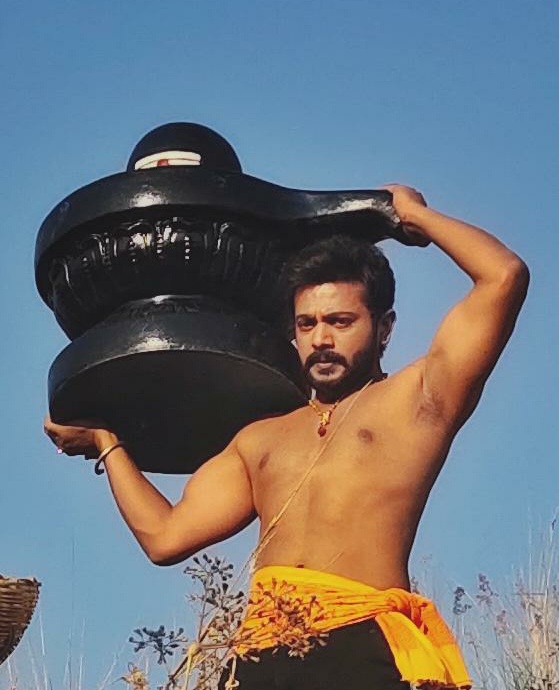 The episode will be unique than the previous as Shivarama the protagonist has already taken his wife Mahathi on Padayathra Somanatheshwara temple as part of celebrating the festival of his favourite deity Shiva.

The special episode will go on air between 8.30 Pm and 9.30 Pm on this special day replacing Nannarasi Radhe at 9 Pm to enthral audiences unimpededly. The episode will have elements such as different forms worshiping the lord, temple pooja and Shivarama installing the Shivalinga as part of the festival.

Shivarama who is already in his relentless efforts to make his wife Mahathi happy, as they were always on a different side of argument. He had taken her on Padayathra. The episode will also have many moments where Mahathi going soft on Shivarama.

Speaking about the special of Ginirama, actor Ritvik, who plays Shivarama in the serial said, “Shivaratri is always special as we celebrate the day of Juggernaut of the world. We usually visit a nearby temple on Shivaratri. But there are many thousands of pilgrims from north Karnataka who go on Padayathra to Shiva’s temple walking hundreds of miles to experience lord Shiva.”

Since Ginirama is making efforts to bring North Karnataka’s culture in entertainment industry, me as Shivarama and Nayana as Mahathi are going on Padayathra to a temple and perform the pooja. I thoroughly enjoyed shooting this episode and I am sure audiences will be overwhelmed with this episode,” he said.

Ginirama is the first ever experiment to bring North Karnataka’s culture and Kannada accent in General Entertainment by Colors Kannada which has gathered lakhs of audiences as fans of the sensible content. The special episode will go on air between 8.30 Pm and 9.30 Pm.