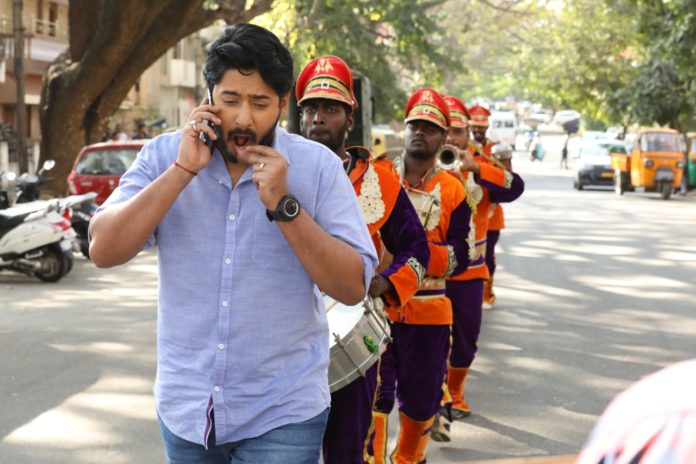 Sleeping for 18 hours is a sickness. “” You can be ridiculous. You can only sleep for hours.

Sleep disorders are also one. Based on the same sleep disorder, “Rajahuli” fame director Guru Deshpande has become a producer, combining the life-affirming events of a man who sleeps 18 hours a day, to produce a very beautiful and touching Gentlemen movie.

Directed by “Jadeesh Kumar Hampi”, “Prajwal Devaraj” and Nishwika as the heroine
Starring “Gentleman” is set to hit the screens on February 7th. Starring “Arjun” as the villain.
Many might argue that there really is no such thing as an 18 hour sleep. However, The Gentleman’s film team has managed to find such a ‘real Gentleman’.

Rajeev Bhasin, 43, who lives in Mumbai, has been suffering from “hypersomnia” for 10 years. At age 16, the problem began to worsen. Prajwal Devaraj slept for 18 hours in Gentleman while Rajiv Bhasin slept 20 hours a day!

“I came to know about the Kannada film ‘Gentleman’ through social media. I am very happy to have a film made around Sleeping Disorder. Medical treatment “I hope that the Gentleman film will help raise awareness of this,” Rajiv Bhasin shared.

Producer Guru Deshpande shares that Gentleman’s endeavor is reaching out to someone like Rajiv.
Gentleman’s purpose is to inform the general public about the reality of the insomnia problem and how it affects them.

Rajiv Bhasin contacted me by phone from Mumbai and played his valuable words about the film. He also shared his experiences. We were unable to bring them up because of their sleep situation. Guru Deshpande says Rajeev says he will watch Gentleman.

Written and directed by Jadesh Kumar Hampi, the movie will be released in theaters near you on 7 February.

Lovestory Dia from 6-5=2 Director Releasing on Feb 7th, Is making huge noise for its trailer

Once again the Director and producer of  6-5=2 have come together with a love story this time rather a horror which they are known for. The movie titled Dia is a love story which has in lead Deekshith Shetty, Khushi Ravi and Pruthvi Ambar. The movie produced by Krishna Chaitanya is in all good news for its making style which feels you watch ones own story in life and the hollywood style movie making. Directed by Ashoka K S and music by Ajaneesh B, The movie is hitting the screens on February 7, 2020. 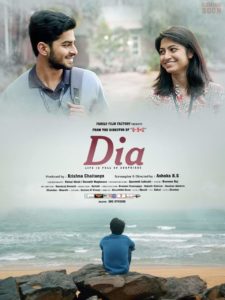