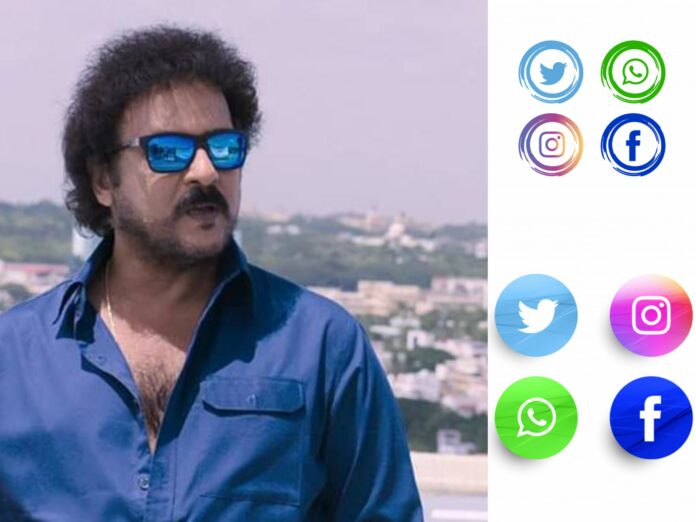 Sandalwood’s popular actor Crazystar Ravichandran is now entering the digital world. The actor will be active on social networking sites from April 13.

Actor V Ravichandran, a veteran of Kannada cinema, has so far stayed away from Twitter, Instagram and Facebook. The actor, who always tried to give the rich and colorful visuals in each of his movies is now occupied with number of movies.

In his style Ravichandran had released a teaser video on social media. A 10-second teaser of ‘Coming Soon’ to Digital World was revealed. Henceforth, He is in direct contact with Crazystar fans, he will be updating news on his movies.

Several stars and technicians from industry welcomed Crazystar to the digital wold. A lot of his fans are also excited about the same.