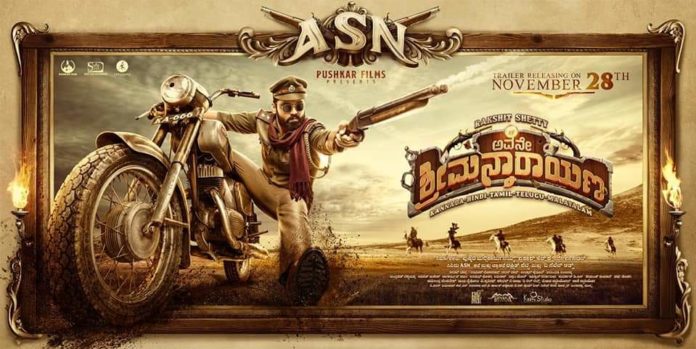 From the time the makers announced Avane Srimannarayana movie the news about its fresh concept was making rounds for 3 years. Now it does gives you something new to watch and entertain.

The movie is about a missing booty which a gangster is behind it to capture. But he fails to find it, before he dies makes an announcement that the one who finds the booty will be the head of the gang. This brings in anger to his first son who doesnt like his step brother to be part of it.

Meanwhile, a cool cop who is more relaxing in bar with goons is seen addressing the issue of the gangster son. Here the missing booty hidden by a drama troupe is like a puzzle which every men tries to find out or solve. It is our hero Srimannarayana with the help of his lady love Lakshmi, a local news reporter will try to identify the truth.

But the story takes you into different world which comes with many twists and turns. However it is the background music and cinematography that keeps everyone engaged. While the movie does lag a more which needs a cut. The songs could also been avoided as it is not that catchy.

It is Achyuth Kumar as Achyutanna who entertains you with humour, Pramod Shetty as Tukarama, Balaji Manohar as Jayarama show their power as antagonists and Shanvi Srivastava as Lakshmi has contributed equally to the film. Rakshith do remembers you the style of his movie Ullidavaru Kandanthe.

Overall it has a story that one can go watch with family without any expectations. 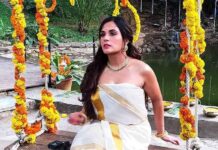 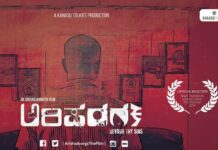